'Nine Perfect Strangers' is engaging, ethereal, strangely unsettling AND addictive all rolled into one relaxing, made for TV joint. 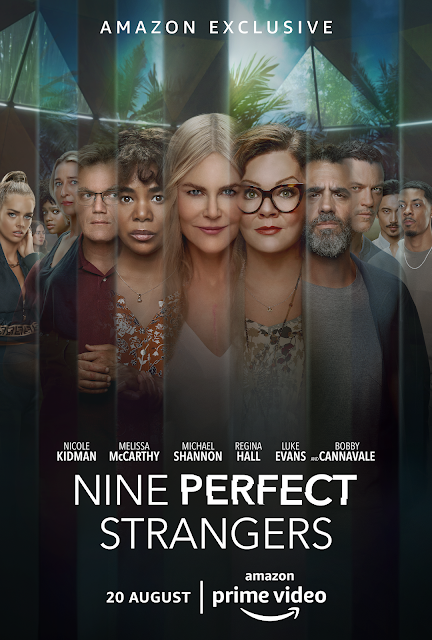 It's also the the biggest series launch of 2021 for Amazon Prime Video.

From the moment Nicole Kidman glides in and utters the words: "I'm Masha" you are drawn into the world of Tranquillum House, an actual health and wellness retreat located in Byron Bay NSW (real name Soma, an breathtaking 10 bedroom luxury estate, set on 22 acres of lush bamboo forest with thousands of varieties of plant species. Find it here). 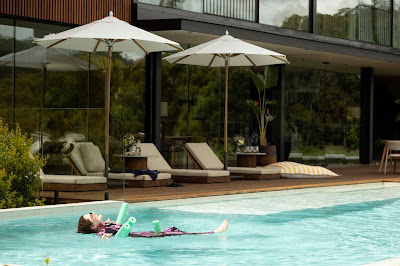 'Nine Perfect Strangers' is an American drama streaming television miniseries, available on Amazon Prime Video Australia right now, and based on the 2018 novel of the same name by Liane Moriarty and created by David E. Kelley who also developed the series alongside John-Henry Butterworth. The series premiered in August 2021.

The story centres around nine people who come to Tranquillum House, for a 10-day wellness retreat.

Stand out 'guests' at the House are Bobby Cannavale who plays Tony Hogburn, a former football star - he's a ball of anxiety wrapped up in a macho, perennially pissed off persona, and every time there's an interaction between Tony and Frances, played by the scene stealing Melissa McCarthy, you lean in a little more.

Melissa's version of Frances is brilliant - the best selling author has real issues, y'all, and as she sweeps in, then breaks down minutes after arriving into her zen room (then greeted by the enigmatic Masha), you know that Frances is tough as nails but super vulnerable, and you want to know more.

The portrayal of privileged young couple Ben (Melvin Gregg) and Jessica (Samara Weaving) is intriguing too... 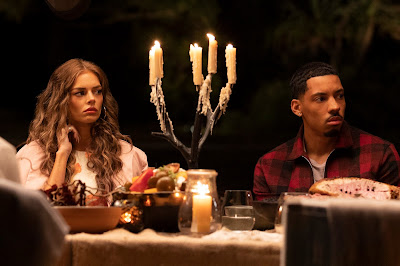 Samara is FANTASTIC as an entitled woman with all the accoutrements (PE Nation gear, long nails, an attitude), and want to dig a little deeper... why is she perennially angry?

The calm AF assistants Yao (played by Manny Jacinto) and Delilah (played by Tiffany Boone) advise their guests on their arrival they'll take their phones (my worst nightmare on a wellness retreat, TBH) as well as anything that will connect them to the 'outside world, while promising “metabolically bespoke” meals, those deliciously slo-mo smoothies, and treatments and unusual therapies (potato sack race, anyone?) which promise to unite and heal body and soul.

And maybe mess with your brain a tad along the way. 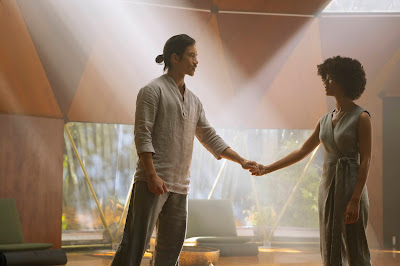 The sweet-as-but-you-know-she's-going-to-lose-it recent divorcee Carmel (Regina Hall), is brilliant as the queen of passive aggressive. 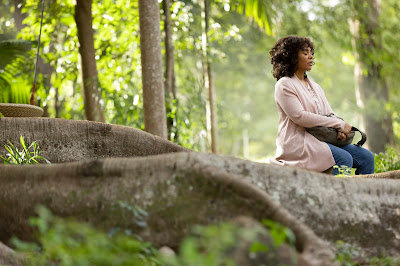 And Asher Keddie positively NAILS her American accent, not wavering on it at all as she packs a punch with her performance of a grieving mum, simultaneously attempting to find freedom around her personal demons, as is the rest of the Marconi family (Grace Van Patten as Zoe with a measured performance, and Michael Shannon as Napoleon who is also dealing with the suicide of his son on his own way. A stellar performance). 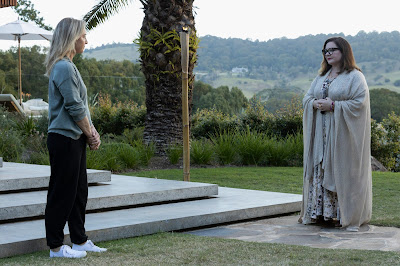 The wonderfully jaded Lars (played by Luke Evans) plays brooding to perfection. He's an investigative journalist, but what else is going on...?

Zoe Terakes, the non-binary trans actor known for their work in 'Wentworth', also rounds out the cast as Glory and she's kinda naturally magnetic on screen.

Tyler Bern, Head of Content for Amazon Prime Video Australia and New Zealand said of 'Nine Perfect Strangers': “The runaway success of Nine Perfect Strangers in Australia is testament to the incredibly talented creative teams who worked tirelessly to create this exceptional series.  Amazon Prime Video is proud to share Australian storytelling with audiences across the globe, and is excited for viewers to see how this unique and extraordinary story progresses.” 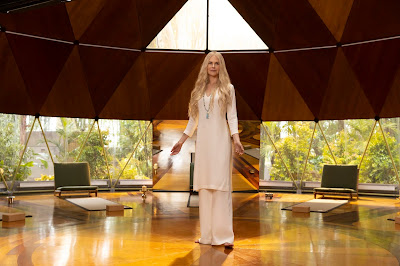 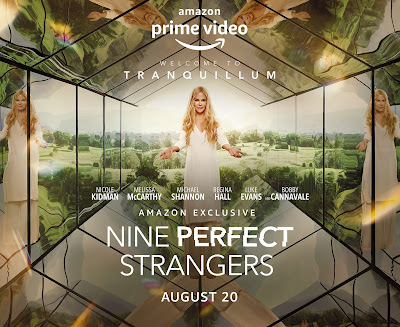 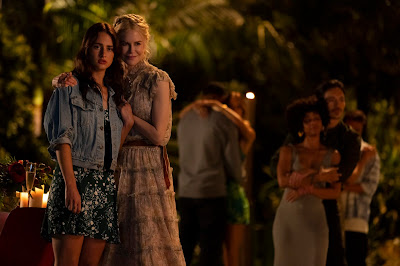 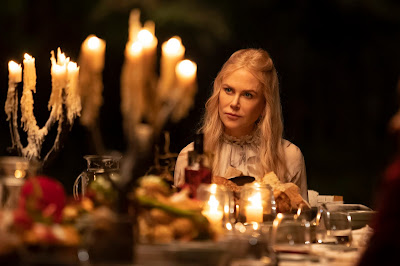 'Nine Perfect Strangers' is directed and produced by Jonathan Levine and is distributed by Endeavor Content.