Have you seen 'Wogs At Work' yet?

It's the all NEW show created by the Godfather of wogs, Nick Giannopoulos, the creator of 'Wogs Out Of Work', 'Acropolis Now', as well as the hit movies 'The Wog Boy' and 'The Kings of Mykonos', now featuring the talented guys from Sooshi Mango, who have had over 25 million views online of their hilarious videos, and both of which are Josie's Juice faves.

'Wogs At Work' has been playing all over Aussieland and has received rave reviews. I mean, c'mon: it's a show created by wogs, for wogs, and for anyone who knows a wog... which is EVERYONE.
Here are some clips to give you a taste. We love how Nick explains the whole wog thing: basically, if you've been subjected to racist bullshit over the years in the lovely land of Oz, and have been called a wog (and even if you haven't), then... you're a wog. But a non wog can't call a wog a wog. Got it?

Get your tickets HERE.

And here is more Nick and Sooshi Mango juice: 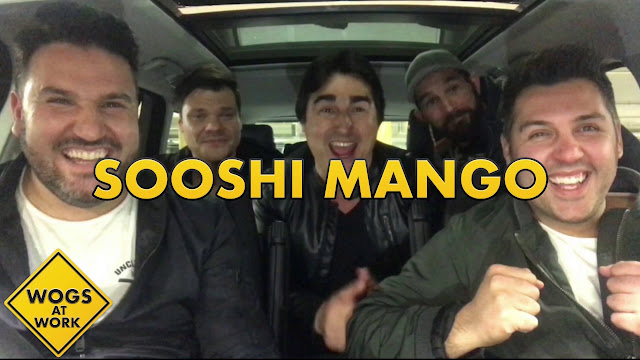