The whole world* (actually just people who watch 'Married At First Sight') is talking about one of the brides on the hit show for the 2019 season. Okay, talking about most of them, but just when we were reeled in, thinking that Elizabeth would be THE most talked about TV bride, Ines has figuratively sidled up and said... "Hold my beer..." you ain't seen nothing yet.

Yes, we know the chatter about the show.

"Oh, this show is scripted."

"Oh it's all a set up, and these people are here for Instagram followers..." etc etc etc

To have it be seemingly okay for Ines to, well, "carry on like a pork chop" and go NEXT LEVEL POSTAL on her new husband Bronson is just SO NOT COOL. 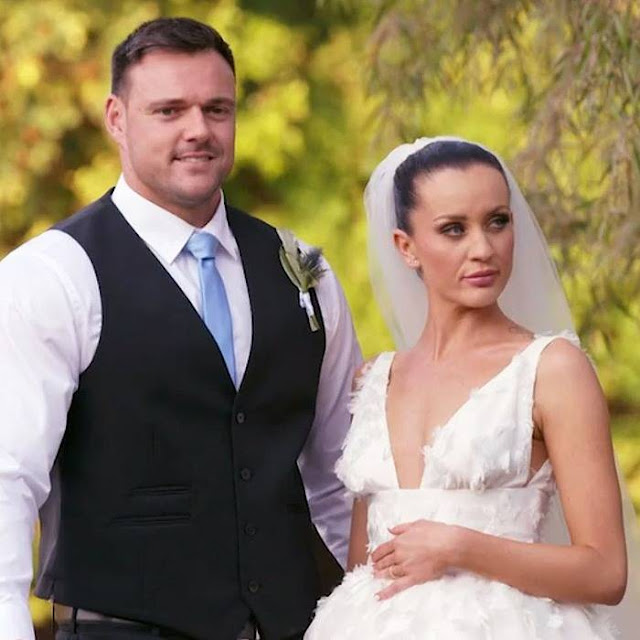 BUT. When Ines and her new 'husband' Bronson have exchanges like this, I am baffled.

They're on a boat, on their honeymoon, Ines hates boats. And this moment. And life, we think, too.

She continues to yell at him. “When I tell you to shut the fuck up, I mean SHUT THE FUCK UP!”

It defies belief that this kind of thing is not vetted, not reprimanded by producers, no indication that there might be counselling for Ines. And Bronson. Nothing.

Now, you KNOW what I am going to say here: IF THE ROLES WERE REVERSED THERE WOULD BE AN OUTCRY. That is, if this was Bronson's dialogue to Ines, it would be understandably critiqued and written about no end, social media would be ON FIRE, and it would be vilified endlessly.

Here's what we say to that: this is also NOT acceptable behaviour from a woman to a man. 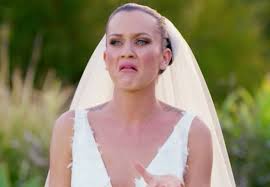 I do not care what kind of trauma you have been through. Ines has been through unspeakable trauma, so has Bronson. He has lost three family members all in a row (mum, two brothers), and Ines' family were refugees and she saw more trauma than a child and teen need to see.

But please people. On what planet is this shit treatment acceptable?

Here are some video snippets for context, then below... what a Channel Nine spokesperson has said today:

In light of posts on Ines on Instagram having the commenting function switched off, here is what they said, and some context.

A spokesperson for Channel 9 admitted the social medial team had "proactively" restricted commenting on posts about Ines.

"We take our duty of care seriously, and vigilant social media moderation is an important part of this," said the spokesperson.

"Due to the high volume of adverse comments on Ines’ posts, Nine’s social media team acted proactively to moderate appropriately."