Grab the tissues, you guys.

'Real Housewives of Sydney' is legit now NOT HAPPENING. 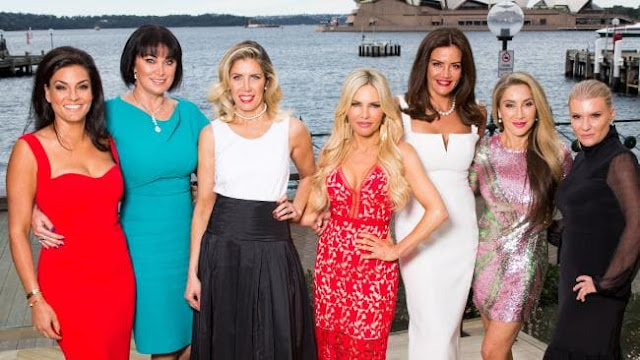 Okay, full disclosure: we DO prefer RHOM ('Real Housewives of Melbourne' guys, keep up, ha!) but to can the Sydney version of this wildly successful franchise. Yep. It's OVAH.

After LOADS of speculation, Foxtel has officially pulled the plug on the 'Real Housewives of Sydney'.

Foxtel’s executive director of television Brian Walsh confirmed to TV Tonight that the Sydney edition of the global 'Real Housewives' franchise will not be returning for a second season.

Walsh, in an interview with The Daily Telegraph shortly after the first ep aired, told the publication that he believed the women had gone “too far”.

“A lot of the women in this show were nasty for nasty’s sake and have no redeeming features,” he said.

Even American network Bravo, which has aired several seasons of the Real Housewives of Melbourne, refused to air the Sydney version because of its“extreme” content. For reals.

“The program didn’t feature enough of the fun and friendship between the women,”a US television insider said at the time.

Walsh said that the Melbourne ladeez may potentially return if they overcome “some hurdles”.

“Housewives remains an important franchise but we have to be convinced the narrative is there to take it forward,” he said.

“After the last series, it started to become somewhat repetitive with the girls. It always comes down to Gina having a falling out with the new one. So they are working on that.”

We are honestly thinking it'll be a big fat YES for the Victorian ladies.