Brooke Blurton has just been announced as the first ever mixed gender 'bachelorette' on TV show: 'The Bachelorette' Australia. 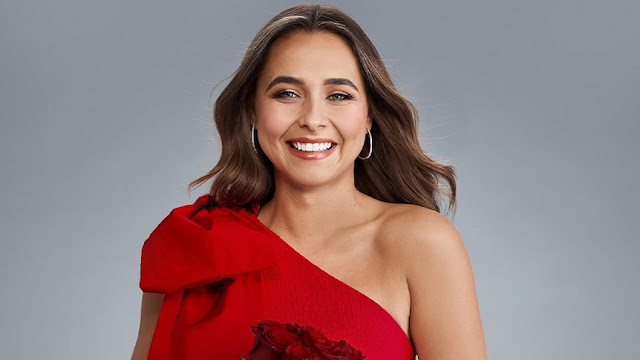 The West Australian is a Carnarvon-born Yamatji-Noongar woman, and has been cast as the first openly bisexual star on the popular reality TV show.

So yes, that means Blurton will have both men and women competing for her love and affection,  signalling the first time The Bachelor or men has had a mixed gender cast.

'The Bachelorette' show host Osher Günsberg said in a statement that the upcoming season highlights the diversity and common interests of Australia.

Brooke herself said: “Times are more progressive and sexuality and gender expression are just so fluid these days,” she told News Corp Australia.

Brooke burst onto the scene in Nick Cummins’ season (yep, The Honey Badger... he who did not pick ANYONE at the end of his show tenure, much to the dismay of, well, most of Australia) of 'The Bachelor' Australia, then left the mansion on her own terms towards the end of the show.

Brooke had indeed let Nick know she had previously been in two relationships with women.

Equally exciting for the show is that Brooke is of Aboriginal background - finally! More beautiful Indigenous women on our screens. Much more of this please TV programmers!

Says Brooke, a youth worker: "I've done it twice before and now, having the opportunity to choose my person and who I want in my life, is a truly unique and special experience," she said.

"I'm so excited and hope that I finally find that person I've been waiting for."

No screen date set yet, as the show will go into production shortly.

Email ThisBlogThis!Share to TwitterShare to FacebookShare to Pinterest
Labels: Channel Ten, Cult TV, Groundbreaking, The Bachelor, The Bachelorette, This Just In