Cabramatta Food Tour - for Once Upon a Time in Cabramatta 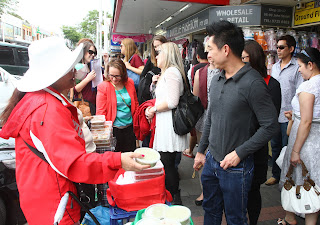 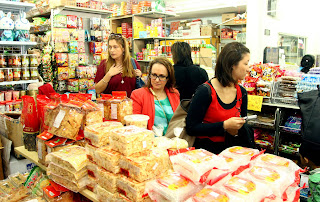 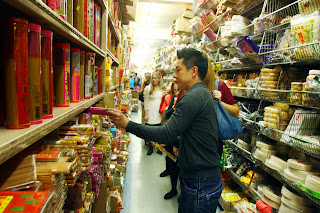 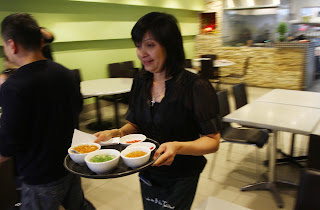 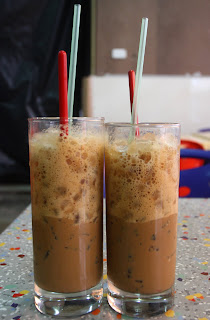 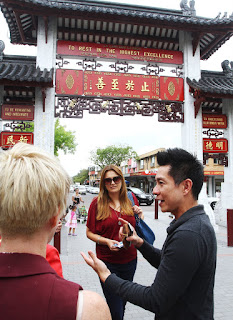 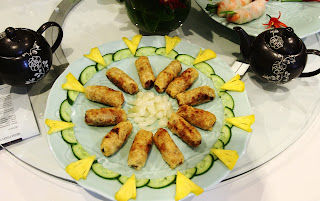 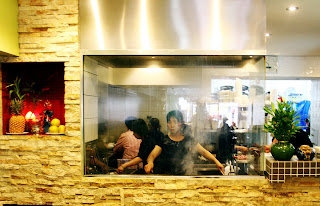 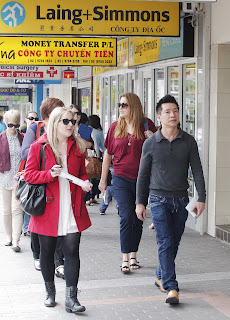 Being asked to come along to a walking (and eating!) tour of Cabramatta was a dream media invite.
Having lived just five minutes from Cabramatta all my life (still do), I am indeed very familiar and enamoured with the area.
Chinese New Year celebrations, heading to 'Cabra' to pick up some Asian grocery supplies, being drawn to the place - amid the scandal and bad press - in the 1990s... it had since become a place I wasn't that intrigued by anymore.
No reason, really - my curiosity had simply transitioned to other suburbs.
So, the invitation to re-discover the precinct I'd unintentionally neglected... well, it was just too good to pass up.
Organised on the back of the screening of the three part doco series 'Once Upon A Time in Cabramatta' - to commence on Sunday 8 January 2012, and following on from the sensational programming of 'Immigration Nation' and 'Go Back to Where You Came From' - it explores the extraordinary transformation of this southwestern Sydney suburb to what it has become today.
Back to the walking tour: commencing at Cabramatta station and hosted by the incredibly knowledgeable Thang Ngo (who writes the brilliant food blog http://www.noodlies.com/ and also stars in the series) we started to eat at Bau Trong... and did we eat!
Bac Cang Nghieu is the master behind this famed eatery (she also heads up the restaurants of the same name in nearby Canley Heights, as well as newly opened Marrickville). Pushing 70, this woman is a dynamo - she started cooking for family and friends, gave cooking classes, then found herself cooking for functions for 150+ people. Today, she has a trifecta of renowned eateries under her teeny belt (we're about the same height, and yes, I could not resist a big cuddle before I left) and her food... impeccable, flavoursome, authentic - and always with a twist.
The dishes kept coming (the signature three-meat dish was beyond delicious, and will have me coming back as soon as I can, and the pork and taro spring rolls, divine) and we left full, happy, and with a snapshot of Cabramatta through the past two decades, from someone who had lived through it all.
Next, it was off for a walk through Freedom Plaza, with Thang giving the group a rundown on the significance of the area and the Friendship Arch; then it was off to some delicious, steaming hot beef pho at Pho Tau Bay (just awarded 'Sydney's best pho')
Next, a stroll through the main drag of John Street, with a visit to Eastland Supermarket (everything is sold here!), and finally, ice coffee Vietnamese-style, made with sweetened condensed milk and lots of ice (Thang taught us a cool twist - towards the end, add some tea for a different kinda taste sensation). Finishing off with some ice cream, including the interesting avocado flavour, our shirt seams were set to burst.
Next time I return to Cabramatta, I am also off to Tan Hoan Cau on John Street. I have trialed their truly delectable custard cakes before (my friend gave me some and I just could not resist having more than one of these heavenly concoctions) and I will be back for more, post-meal.
Satisfied from my sensational food tour, I vow to continue my new renewed love affair with Cabramatta.
For more info on the program, see: http://www.sbs.com.au/shows/onceuponatimeincabramatta 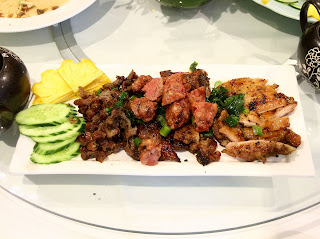 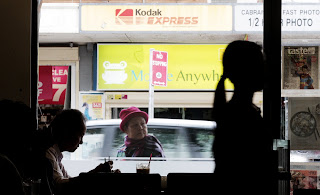 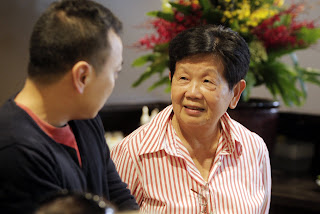 Watch this intriguing trailer here:
And look out for another post on the series shortly, here.
Once Upon A Time in Cabramatta will be broadcast Sunday 8, 15 and 22 January 2012 at 8.30pm on SBS ONE, with a Vietnamese subtitled version simulcast on SBS TWO. Don't miss it.
Posted by Josie at 23:36