This just-in Vine (short clip) shows the moment Sky News reporter Colin Brazier recognises he has made a mistake by rummaging through a deceased passenger's belongings at the site of the wreckage of the missile-shot Malaysia Airlines plane MH17.

Here is the caption and clip from Vine user Mick Convey:

Amazing moment @skynews Colin Brazier realises that as he's going through #MH17victims belongings, what he is doing is just wrong.

What do you think?

A gross invasion of privacy for the deceased, or journos giving us an insight into the disaster and what Australian and international officials are dealing with?


A spokesman for Sky News said: "Today whilst presenting from the site of the MH17 air crash, Colin Brazier reflected on the human tragedy of the event and showed audiences the content of one of the victims’ bags. Colin immediately recognised that this was inappropriate and said so on air.

"Both Colin and Sky News apologise profusely for any offence caused."

Colin Brazier later gave a moving account of coming across scores of human remains at the site.

He said: "I’ve been walking around, coming across body parts all the time, many of them charred beyond recognition. Men, women and children, indeterminate frankly, you can’t tell. Very often you are looking at charred spines, that’s all that’s left." 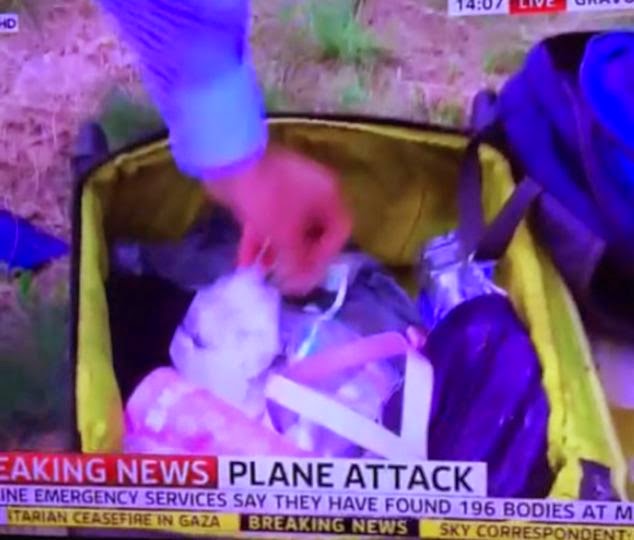 Email ThisBlogThis!Share to TwitterShare to FacebookShare to Pinterest
Labels: Emotional, Everyone is talking about, Sad, This Just In, Viral Videos