Australian Test cricket batsman Usman Khawaja has remarried his sweetheart Rachel McLellan, one week ago, and here are the first pics.


The couple were legally wed in a self-described 'Big White Wedding' - but in the eyes of Allah, they were already married.

Their Imam performed a traditional Muslim commitment ceremony called a 'Nikkah' last year, which allowed the couple to live together. See that pic below:


Taken last year during Eid. So excited to finally share the great news with everyone. Thanks to all those who gave their kind words and support. @rachelmclellan #wifey #muslim #australian #proud 👫
A post shared by Usman Khawaja (@usman_khawajy) on Mar 21, 2018 at 10:40am PDT

The couple appeared on '60 Minutes' Australia recently. Scroll below for that full interview. And see the beautiful pics from their big day below:


Last week I got to marry the love of my life and words cant describe just how incredible our day really was. I can't wait to spend the rest of my life with you ❤️❤️❤️ @usman_khawajy @jasongrech @whomagazine #khawajawedding #weddingday #whomagazine #jasongrech #dressbyjason #keepingupwiththekhawajas
A post shared by Rachel Khawaja (@rachelmkhawaja) on Apr 11, 2018 at 4:57pm PDT


Take a closer look at what the amazing @jasongrech created for the big day. A French Lace ball gown with layers of hand dyed English tulle embellished with over 60,000 Swarovski crystals and pearls. I absolutely love working with this incredible man and he really outdid himself this time 🙌🏻👰🏻 #khawajawedding #jasongrech #dressedbyjason #affinitydiamonds #dreamteam
A post shared by Rachel Khawaja (@rachelmkhawaja) on Apr 12, 2018 at 3:18am PDT


Couldn't have asked for a better day, family, friends and the love of my life @rachelmkhawaja 👰🏻🤵🏾#khawajawedding #keepingupwiththekhawajas #alhamdulillah
A post shared by Usman Khawaja (@usman_khawajy) on Apr 12, 2018 at 1:33am PDT


Rachel revealed on her Instagram that Khawaja had proposed in New York where the couple spent a week following Australia's victory in the ODI tri-series final.
"New York was even better than I expected, Uzzy asked me to marry him and of course I said yes! Can't wait to spend my life with this guy," McLellan wrote.
See the '60 Minutes' interview here: 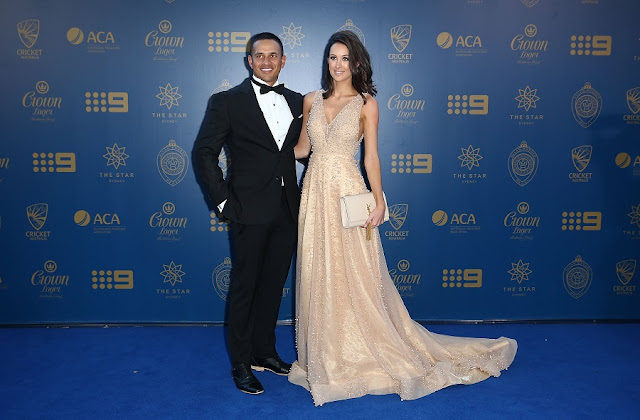 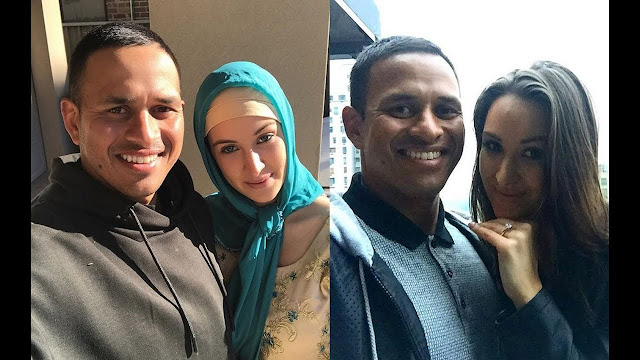