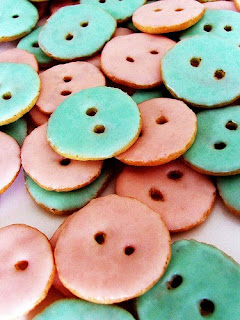 Call me a bit of an idealistic Charlotte from Sex & The City, but if I have experienced something amazing, I want the world to experience it too.

So now I am a mum, I’d love the whole world to experience the joy of motherhood, particularly the women who are having difficulty falling pregnant. That’s why I am so supportive of IVF. Strangers (even friends who have dared not ask for fear it’s too private) assume I had my twins via IVF. I did not. And I would be willing to shout it from the rooftops if I had.

I have seen people close to me finally get their wish to be a parent thanks to this miraculous medical procedure. A few of the beautiful mums in my twin prenatal class had their multiples thanks to IVF and I know just how eternally grateful they are that the procedure exists.

So when a woman announced recently (curious that she broke such a deeply private story herself; otherwise, how else would we have known about it?) that after having three sons she was ‘desperate’ for a girl and was willing to turn to the medical world for help, I understood. I found myself quietly nodding in agreement. As a mother of twins - a boy and a girl - that secret lifelong desire to have one of each was fulfilled the day we were blessed with a ‘pigeon pair’. Suddenly, nothing was missing any more. It was a total fluke, of course (and I must admit to cringing when people say we were so ‘clever’) but I couldn’t have planned it better if I tried. These are not the words of a smug mum. No, these are words of utter relief. Utter relief we could even have kids after trying for a year.

I had the twins at 35 (three weeks shy of 36) and I knew that if I’d had one baby, we’d have to start to whole conception process again before our baby turned one or two if we were to beat both our biological clocks. We’d always discussed having two kids and we knew time wasn’t on our side. So, having two at once – be it a boy and girl, or two of each – allayed the imaginary deadline in our heads.

So, back to the woman desperate for a daughter. By that evening the story broke, I found myself shouting at the telly. Why? Because this woman – who was flying to a Bangkok clinic and spending $15,000 to undertake a gender selection procedure illegal in Australia – was the latest victim in the courtroom of public opinion. News polls indicated that the majority disagreed with her decision. Some reader’s comments on news pages were particularly awful, with such words as ‘ungrateful’ and ‘greedy’ being used to describe this woman.

Some people have said she is “playing God” by choosing the sex. Again, I disagree. Wasn’t that the same argument wheeled out when IVF was introduced decades ago? Would you deny a woman the opportunity to experience the joy of having a baby because she had challenges with fertility, because she couldn’t do it ‘naturally’? So why does using a medical advancement like this one rile people up so much?

It’d be so very easy from the fortunate position I sit in to say, no, you should just be happy you even have children. Some people can’t. Yes, I understand that argument too. Boy, do I get it. On a recent Practical Parenting blog I wrote titled Ten Things I Hate About Motherhood, one mother who’d had multiple rounds of IVF, many miscarriages, and was now rendered infertile told me in no uncertain terms that I was ungrateful to hate anything about motherhood and she’d give anything to have poo smeared on her carpet (you’d have to read the blog for that comment to make any sense).

Make no mistake. This should not be a forum for arguing fertility versus infertility. Everyone gets we are lucky to even conceive, even carry, even give birth to a live, healthy human being. If I had the choice of having four girls or no children? That’s not even a question for me; the answer is an obvious one. Would I have loved my twins any less if I had two girls or two boys? Are you serious?

And does any mum resent her three spirited girls, or her five rambunctious boys? Ask them and see. While you’re at it, ask them if they feel guilty for desperately hoping they got the opposite gender to what they already had when they went for their sonogram or in the delivery room. Perhaps that’s why this topic is often deemed so shameful, so hush-hush. The kind of conversation you only have with your mother, sister or best friend.

My own best friend had this exact conversation with me. She had a boy first, then three girls, then desperately wanted a boy for baby number five.

To balance up the family and so her eldest could have a brother, she said.

Can’t you have sex in particular positions or times of the month for this to happen, I asked? And aren’t there certain foods which make having a particular gender more likely? Check out that oracle called the internet to prove just how popular this topic is. There are plenty of sites giving advice to women wanting a particular gender. One I found even says results are 100% guaranteed and offers all your money back. (My bestie had a boy, by the way).

The woman at the centre of this debate was at pains to explain she wouldn’t swap her three boys for the world.

“At this point I would do anything to have a daughter,” she said. “It is an ethical thing we have weighed up. It hasn’t been a decision taken lightly but it is one we feel we have reached and we are happy with. I wouldn’t trade my sons for a million daughters - this is not about my sons. It is about me and my husband wanting a daughter. For me, it is about the desire to have a daughter being such a strong desire in me that I can’t seem to shake it.”

Many have branded her selfish, and I wonder, would it be more selfish for her to continue to try for a girl and end up with more children than she can afford to provide for until she gets her girl?

People often ask me, “If you’d had two boys or two girls, would you go again?” I always say, “I don’t know,” because I really don’t. Would my desire to have that ‘missing’ boy or girl diminish because we’d already reached our magic number? Again, I don’t know.

But I don’t believe it is my business to interfere with a woman’s decision to have the daughter she so desperately wants.

Email ThisBlogThis!Share to TwitterShare to FacebookShare to Pinterest
Labels: News, The Punch