'Married At First Sight' - season three for Australian TV starts on Monday August 29, then continues on Tuesdays and Wednesdays. Are you a fan of the show? This season, some of the talk will be about the show's first same sex couple 'wedding.'

I say 'wedding' as they're not legal at all, the ceremonies. You know that, don't you?

The show's premise revolves around the couple LATER deciding if they will stay together after their TV wedding ceremony... and then, the marriage will be deemed legal.

The show, dubbed a 'social experiment dating program', has unveiled the first two episodes of season three on its live streaming program 9Now. 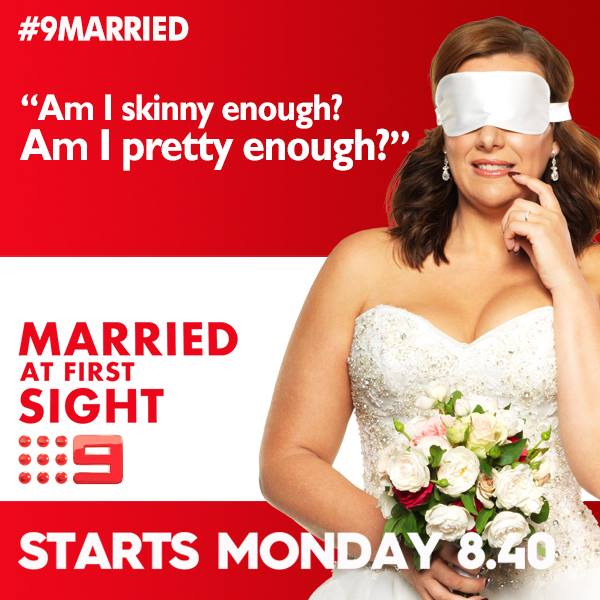 Meanwhile, other promos for the show are doing the trick to draw us in.
This one: simultaneously intriguing and kinda hilarious:

Email ThisBlogThis!Share to TwitterShare to FacebookShare to Pinterest
Labels: Channel Nine, Controversy, Everyone is talking about, Marriage, This Just In