What a unique and delicious event!

Josie's Juice attended the event organised by the fab team at P&O where two talented home cooks were shortlisted as finalists for Luke Mangan's Culinary Experience Officer, where they will have dishes included across five Salt grill restaurants on P&O Cruises’ ships.

Renowned and wildly accomplished Australian restaurateur Luke Mangan has hand-picked two talented home cooks and foodies Sammy Jakubiak and Sofia Levin as short-listed finalists in his Search for a CEO (Culinary Experience Officer) campaign, launched in March. And what a clever campaign! 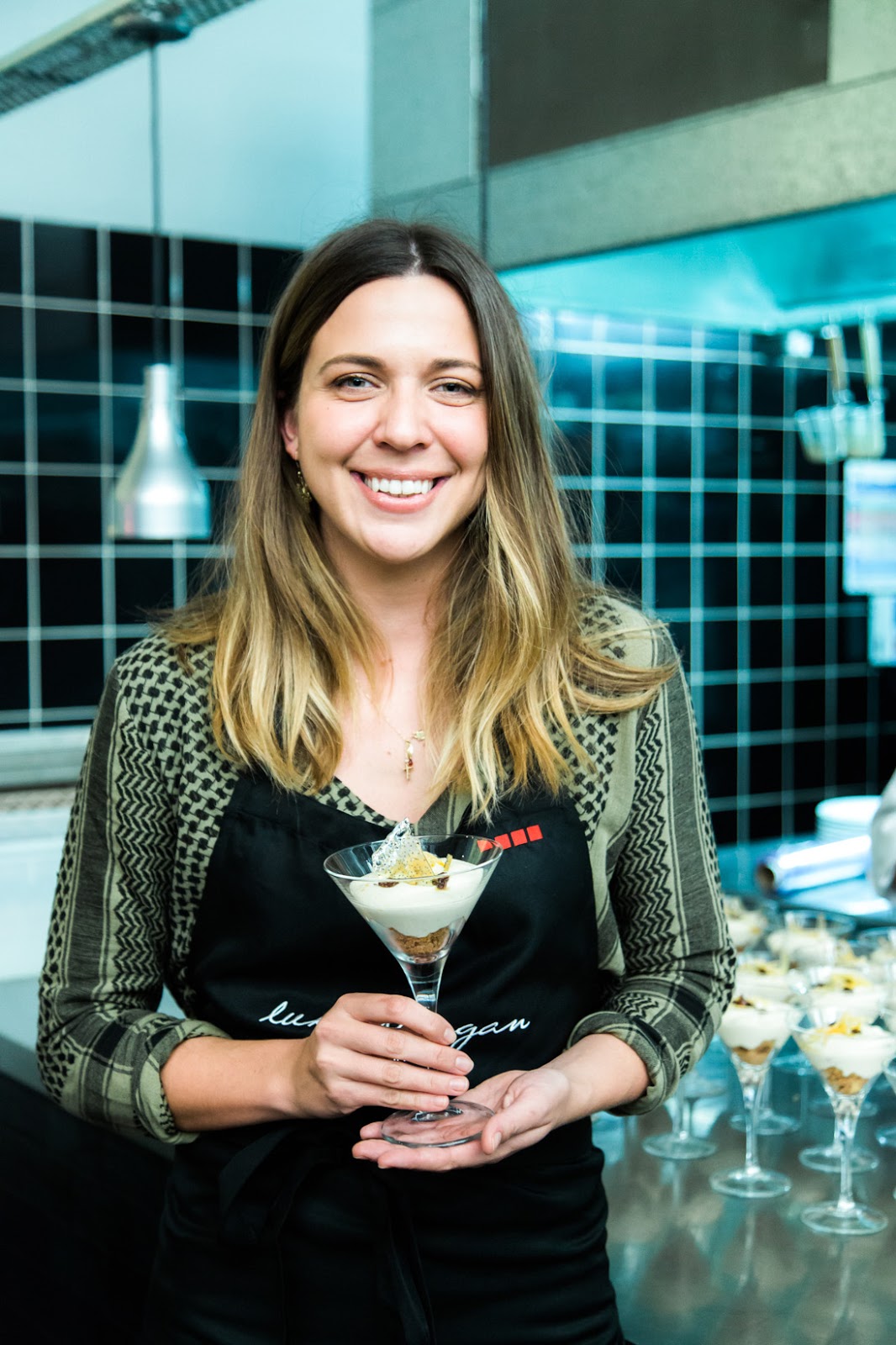 And here is Sofia: 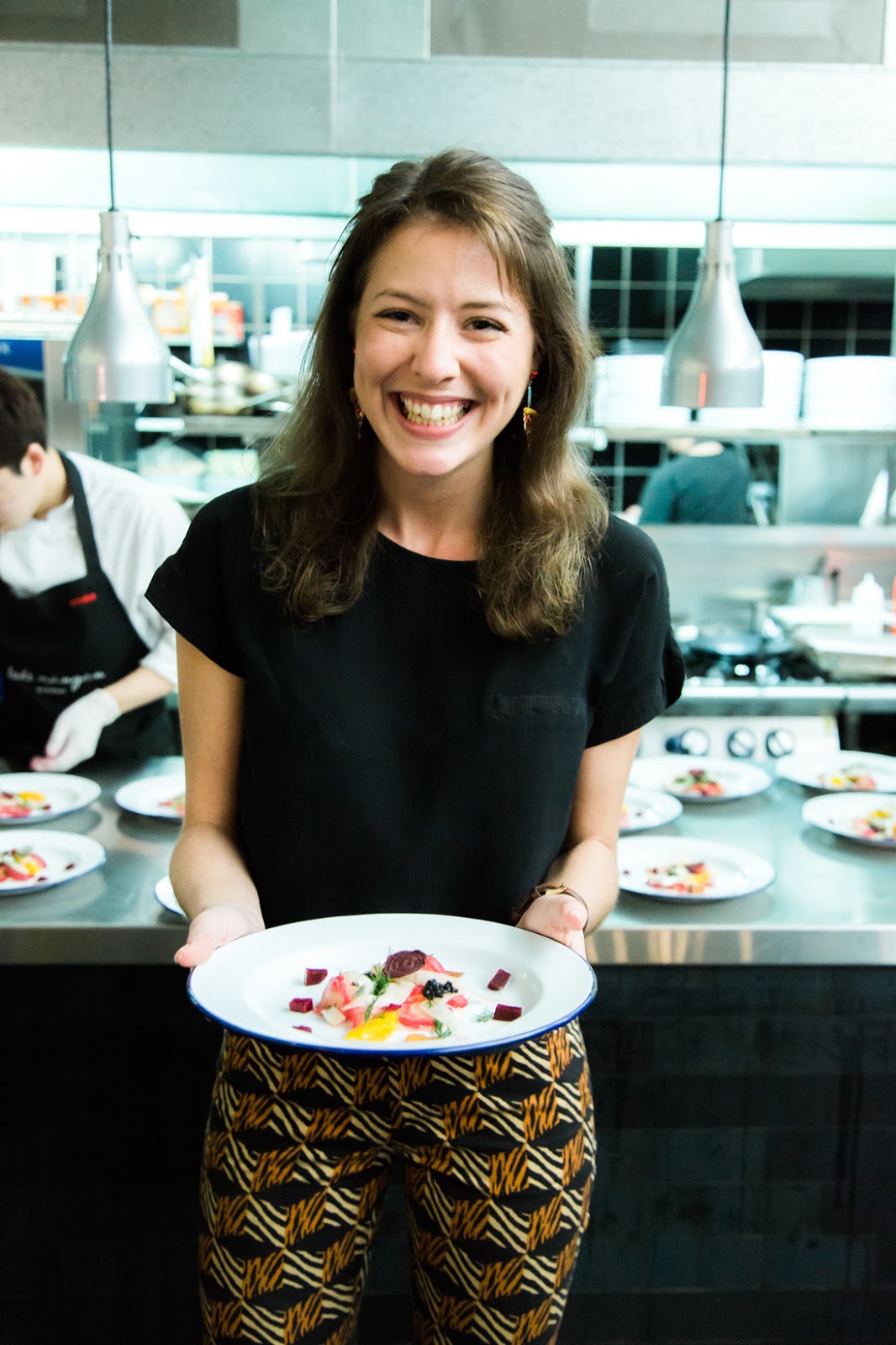 The campaign marks Mangan’s milestone of becoming the first restaurateur in the world with dishes served on land, sea, air and rail (so very cool!) following a recent partnership with Eastern & Oriental Express.

Mangan called on foodies across the country to enter for the chance to be short-listed in one of the following categories: The Drinks Connoisseur, The Artisan Supplier and The Talented Home Cook, for which Sammy and Sofia were selected. The final crowned ‘CEO’ will be awarded with a smorgasbord of tasting and travel experiences at Luke’s international restaurants, across P&O Cruises’ ships, Virgin Australia and Eastern & Oriental brand partnerships in October.

Of the five dishes created for the occasion (they were all utterly delicious and adventurous and sheer perfection), Sammy’s was a beautiful creation of orange and amaretto cheesecake while Sofia’s was a delightful beetroot cured kingfish. Chosen by a panel of judges including Luke Mangan and P&O Cruises President Sture Myrmell and a popular vote on the day, the two winners will now create a dish each to be available in all Salt grill restaurants onboard all five P&O Cruises’ ships.

Here are all the fabulous entrants: 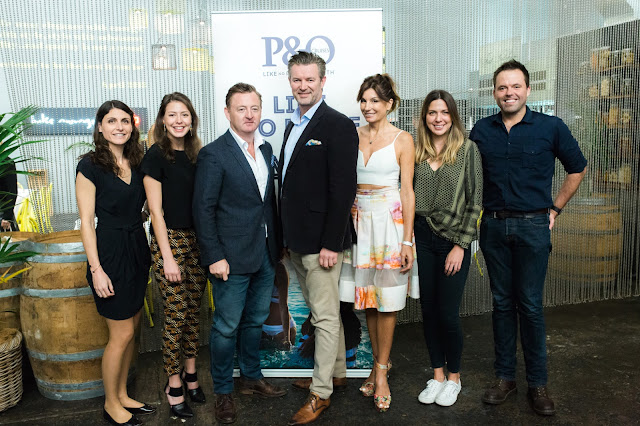 Luke opened his first restaurant at sea onboard a P&O ship in 2009 and now has a Salt grill onboard each of the cruise line’s five ships. His next Salt grill will launch in June 2017 when P&O’s latest ship Pacific Explorer debuts in Sydney.

“To have five Salt grill restaurants at sea speaks volumes about P&O’s innovative approach to cruise cuisine as well as Australians’ love of good food, and I’m thrilled they’ve been a partner in my search for a CEO,” Luke said.

Sofia said of her selection: “Cooking kingfish for Luke, the crown prince of kingfish, was a gamble – evidently one that paid off! I’m honoured to be through to the finals and keen to see what I can create for P&O.”

Sammy and Sofia join Luke Ashton who won the Tourism Australia cocktail phase and the yet to be decided Artisan Supplier.

Mangan commented on the pair’s selection: “The standard of home cooks here in Australia is exceptional; a product of the passion and produce this nation has on tap. So much so we couldn’t pick just one!”

“The huge pool of outstanding Australian expertise in the food and beverage industry has really shone through during my search for a CEO, with a huge amount of applications showing amazing talent from across the country. The aim of the campaign is to showcase what Australia has to offer to an international audience, via my network of restaurants and brand partnerships.”

The final three candidates will be assessed in September by Mangan and the President of P&O Cruises Sture Myrmell, Tourism Australia, Virgin Australia and Hilton Hotels before the CEO winner is announced.

The crowned ‘CEO’ will land the role of a lifetime and a money-can’t-buy smorgasbord of travel and tasting experiences in October, including a four-night P&O cruise to Hamilton Island onboard the Pacific Aria and joining Mangan for his restaurant’s inaugural journey on board the Eastern & Oriental Express between Singapore and Bangkok. They will create content for report on Mangan’s extensive portfolio, including a taste of Virgin Australia’s Business Class, as well as dinners at his restaurants in Asia and the Maldives.

A hype reel from the lunch is below (you're salivating!):

More on the biographies of all the entrant:

Sammy Jakubiak made the change to cooking in 2011 after working in marketing and fashion for many years, winning season 2 of My Kitchen Rules with her sister Bella. Since then, they’ve successfully opened a boutique catering business, Sammy and Bella Catering, opened a pop-up burger bar at Bondi Farmers market and also started their own sauce range, The Saucy Sisters.

Images of each winner are available for download here.

Short videos of each of the five Home Cook phase finalists outlining their motivation behind entering Search for a CEO and why they love cooking at home can be found at the following URLs:

Here is how the entry mechanics worked:

Applicants were required to submit an application to become Luke Mangan’s CEO, applicants must visit lukemangan.com.au/CEO and explain in 50 words or less why they’d be a great addition to Luke’s team. Supporting materials such as recipes, food photography, blog posts, published articles or video could also be provided as supplementary information.

On Shore:
Australia: Dinner in Sydney at MOJO by Luke Mangan / glass
Asia: Dinner in Salt Tokyo, Salt grill Jakarta, Salt grill Singapore, Salt Tapas Singapore
Maldives: To stay at Amilla Resort – 5 star resort in the Maldives and dinner at Lonu by Luke Mangan (depending on availability)
At Sea:
P&O Cruise to Hamilton Island that includes dinner at Salt grill by Luke Mangan
On Rail:
To join the inaugural journey on board Asia’s most luxurious train, the Eastern & Oriental Express from Singapore to Bangkok
In the Air:
To experience Virgin Australia Business Class