Andy Spade, the husband of designer Kate Spade who died yesterday, has broken his silence following her tragic death by suicide. Kate was only 55. 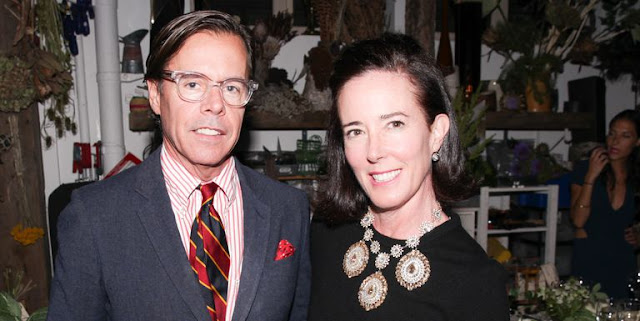 Kate was a designer who carted luxury handbags in the 1990s and early 2000s and was found dead in her New York apartment.
Andy was married to the designer for 24 years and just released a statement, stating she was “the most beautiful woman in the world” and his “best friend for 35 years”.
“She was the kindest person I’ve ever known,” the statement said.
“My daughter and I are devastated by her loss, and can’t even begin to fathom life without her. We are deeply heartbroken and miss her already.”
Andy said his wife “suffered from depression and anxiety for many years” and was “actively seeking help” to treat her “disease”.
“We were in touch with her the night before and she sounded happy,” his statement continued.
“There was no indication and no warning that she would do this. It was a complete shock. And it clearly wasn’t her. There were personal demons she was battling.”
Andy, also 55 (and the brother of actor David Spade) quashed rumours they were headed for divorce, though revealed they had been “living separately” in proximity to one another for the past 10 months. Their daughter, Frances Beatrix, would visit each of them on a regular basis. 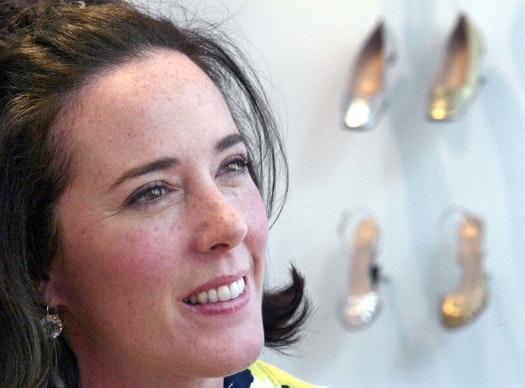 “Bea was living with both of us and we saw each other or spoke every day,” he said.
“We ate many meals together as a family and continued to vacation together as a family. Our daughter was our priority. We were not legally separated, and never even discussed divorce.
“We were best friends trying to work through our problems in the best way we knew how. We were together for 35 years. We loved each other very much and simply needed a break.
This is the truth. Anything else that is out there right now is false.”
He added that his wife was seeking help for depression and anxiety over the last five years, and had been taking medication for both conditions.
“There was no substance or alcohol abuse,” he said.
“There were no business problems. We loved creating our businesses together. We were co-parenting our beautiful daughter. I have yet to see any note left behind and am appalled that a private message to my daughter has been so heartlessly shared with the media.”
Mr Spade said their 13-year-old daughter - who was at school when Ms Spade was discovered - was his main concern.
“My main concern is Bea and protecting her privacy as she deals with the unimaginable grief of losing her mother,” he said. “Kate loved Bea so very much.”
Andy's statement does contradict what her sister — Reta Saffo — said in the hours following her death. Reta said Kate had refused to seek medical help for her demons, and that the tragedy came as no surprise.
“I will say this was not unexpected by me,” Ms Saffo wrote in emails to the Kansas City Star newspaper.
“She was always a very excitable little girl and I felt all the stress/pressure of her brand may have flipped the switch where she eventually became full-on manic depressive.”
Reta added that within the past three or four years she tried and tried to get her sister Kate (born Katherine Brosnahan) the help she so desperately needed.
“I’d come so very close to getting her to go in for treatment (to the same place Catherine Zeta-Jones went for her successful bipolar treatment program). I’d spoken with them on the phone (not telling them exactly who the patient would be). They agreed to fly in and talk with her and take her with them to the treatment centre,” Reta said.
“She was all set to go — but then chickened out by morning. I even said I (would) go with her and be a ‘patient’ too (she liked that idea) … That seemed to make her more comfortable, and we’d get so close to packing her bags, but — in the end, the ‘image’ of her brand (happy-go-lucky Kate Spade) was more important for her to keep up.
“She was definitely worried about what people would say if they found out.”
Such a sad, sad end to a BIG life.
Josie's Juice extends deepest condolences to the entire family and extremed family, and friends.
If you are experiencing mental health issues or suicidal feelings contact Lifeline on 13 11 14, BeyondBlue 1300 224 636, Suicide Call Back Service on 1300 659 467 or Headspace on 1800 650 890. If it is an emergency call 000.
Posted by Josie at 12:38