There have been whispers, and now... a confirmation!

'The Real Housewives' is set to hit Australia, as production begins with the affluent ladies of Melbourne in the latest franchise of the hit reality series to air on Arena in 2014.

'The Real Housewives of Melbourne' will feature six new housewives who enjoy the cultured lifestyle of Melbourne. Between them, they own private jets, amazing homes and are married to high profile businessmen, including one to a rock star and another to a plastic surgeon.

Here is the group of women chosen: 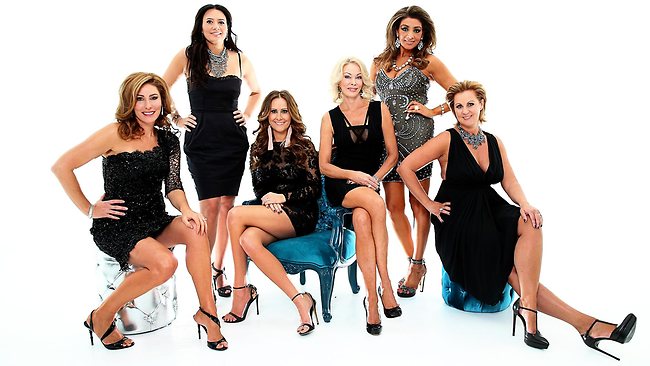 Andrea Moss – Former New York television journalist who now lives in Toorak, shops in Toorak and runs a multi-million dollar plastic surgery and cosmetic medicine business in Toorak. She is co-founder of the Liberty Belle Skin Centre and her husband, Dr Chris Moss, is regarded as one of the world’s finest facial plastic surgeons. When she’s not busy managing both businesses and various property developments she’s loving being a mum to her three children under 11. Watch her video here.

Gina Liano - Her looks, flamboyance and sense of style cannot hide her love of fashion which is a creative relief from her day job as one of Melbourne’s top barristers. Gina is a strong, assertive single mother of two and her sisters are fashionistas Bettina Liano and Teresa (TL Wood). Watch her video here.

Lydia Schiavello - Recently married to well known Australian architect and CEO of Metier 3, Andrew Norbury, Lydia is currently studying interior design and decoration at RMIT University. Lydia is a very passionate and capable woman; she has a diverse lifestyle and enjoys skiing, fashion, food and flying. Lydia has six children and step-children all under 25 and loves spending time with her family. Watch her video here.

Janet Roach - Fabulous and fun is the only way to describe blonde bombshell Janet Roach.  After leaving husband number two overnight, this millionaire property developer is now living life to the max re-discovering herself, her freedom and what makes her happy. Janet is the proud mother of two sons aged 29 and 25. Watch her video here.

Jackie Gillies – A new addition to the Melbourne scene the amazingly gifted celebrity psychic Jackie is wife of rock royalty, Silverchair drummer and Bento front man, Ben Gillies and is the youngest of our housewives. Watch her video here.

Chyka Keebaugh - One of Melbourne’s most liked and well connected housewives, bubbly, creative go-getter and mother of two teenagers, Chyka spends most of her days running from one meeting to the next as the co-owner of one of Australia’s largest and most successful and extravagant event companies, The Big Group and The Design Depot. Watch her video here.

Foxtel Executive Director of Television Brian Walsh said “We are thrilled the local version of this phenomenal TV reality franchise has begun production in Melbourne, showcasing uniquely Melbourne housewives and their lavish lifestyles.

'The Real Housewives of Melbourne' features a fabulous array of privileged, powerful and glamorous women and is sure to be compelling viewing embracing all the drama and extravagance, triumphs and pitfalls we have come to love about the Real Housewives franchise.

“We deliberated for months as to which Australian city should host this iconic television franchise. It was a real toss up between three locations. We settled on Melbourne because it had the strongest selection of women -  colourful identities with the most lavish of lifestyles and who are prepared to talk and not hold back! I think we have a very special group of women who will have Australia talking,” he said.

This entertaining 10 x one hour soap-doc provides an insider view of the lifestyles of the wealthy and extravagant women with a revealing insight into their world.

'The Real Housewives of Orange County' is the series that started the Real Housewives franchise (yes! Still one of the faves), which has now spawned series in the cities of Miami, New York, New Jersey (The. Best), Atlanta, Beverly Hills, Washington DC and Vancouver which screen on Arena the home of Housewives.  Other Housewives series include Israel, Athens and France.

Produced by Matchbox Pictures in conjunction with Foxtel, 'The Real Housewives of Melbourne' is the first Australian instalment of the world’s number one lifestyle reality franchise and will air on Foxtel’s Arena channel in early 2014.

UPDATED: 'The Real Housewives of Melbourne' will air from Sunday February 23 at 8.30pm only on Foxtel’s Arena.

Will you tune in?

The February 2014 story on the Housewives on 'A Current Affair'.

I wonder if we will see any parodies of the show... like this:

Email ThisBlogThis!Share to TwitterShare to FacebookShare to Pinterest
Labels: Australiana, Reality TV, This Just In, TV