The revved up Disney Zone tore around Australia, you guys! And Josie's Juice/TwinnieWorld was lucky enough to have her family in tow to experience it all!

On the weekend, my family and I experienced the fun of the V8 Supercars - kiddie style!

Lightning McQueen was well and truly in the house - well, on the carefully converted road, blocked off for, you know, the actual race - at the V8 Supercars Disney Zone, creating a cute and fun space to emulate the thing happening several metres away.

As he revs up to win the Piston Cup, the ultimate red car racer was ready to meet his Australian fans at selected V8 Supercars events. And the kids LOVED it! My kids did. We went to all the pitstops and lapped (pun intended) it up! 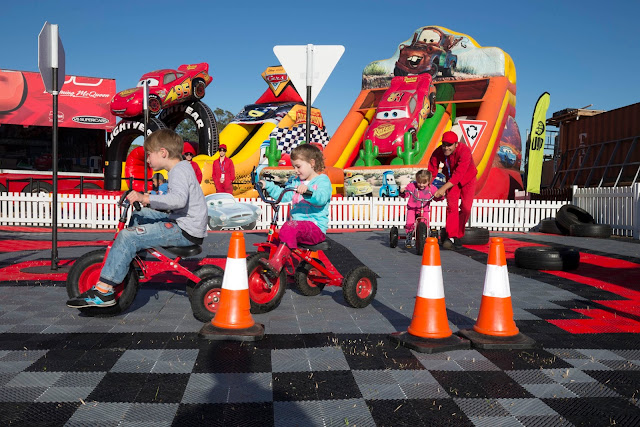 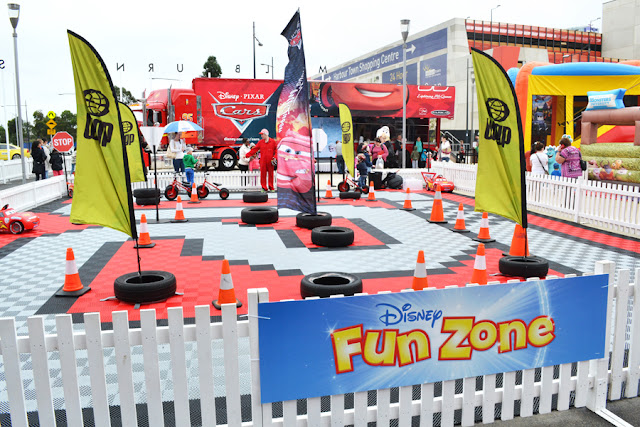 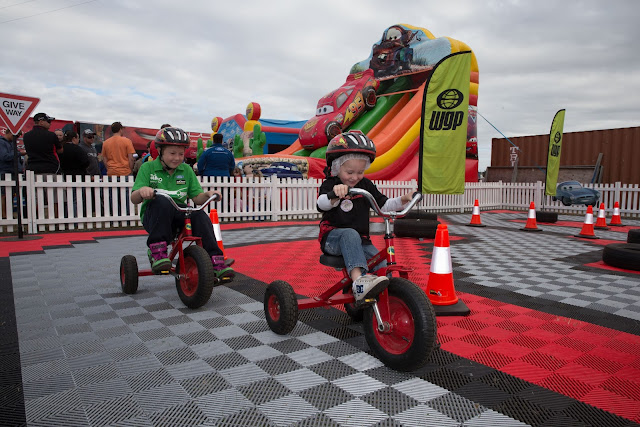 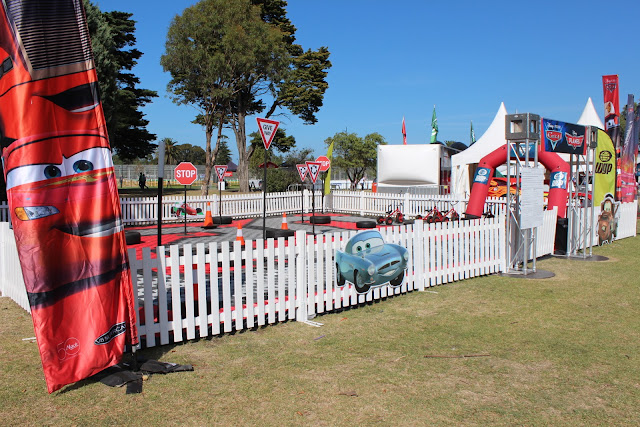 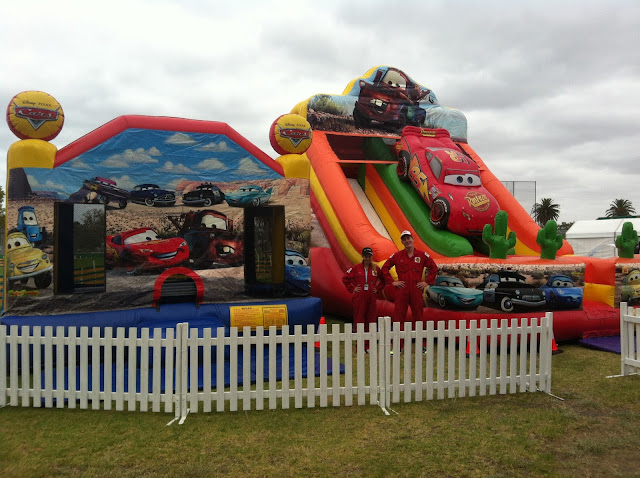 Adding to all the icy action is the new Cars Ice Racer ice rink (so bring some socks!), putting little race fans ice racing skills to the test. Plus there is a whole bunch of exciting craft activities, an interactive iPad Zone, Cars trike race track and Radiator Springs Cinema. There is a new inflatable Disney Pixar Cars obstacle course that will have kids bouncing off the walls and sliding down slopes.

Young race fans had the rare opportunity to get up close and meet Lightning McQueen and Mack the Transporter from Disney Pixar's Cars.

This dynamic interactive zone, from the hit Disney movie Cars, is a unique initiative between The Walt Disney Company, Australia, Mack Trucks, V8 Supercars and the Entertainment Store. Tickets to all V8 Supercar rounds are on sale now from Ticketek.

“It’s great to see the new-look Disney Zone making its way around Australia as part of the Truck Tour. Disney is such a great household name to have at V8 Supercars events, it really makes the track experience more memorable for the kids.”

“Kids get the chance to see the V8 Supercars on track but also enjoy some time playing on the massive inflatables, watching movies, ice skating, trike riding – it really is an interactive experience and they have a ball.”

The Disney Zone will complete a national tour in 2015, appearing at select V8 Supercars rounds and special events across the country.

Tickets were from ticketek.com.au - hunt them down around this time next year!

- you will likely park your car far, so bring comfy shoes and WALK!

- or take public transport! Ticket holders - show your passes and you get to travel FREE!

- you will walk a LOT! So, again... comfy shoes! Hats! Even sun umbrellas as you walk

- bring a change of clothes for the kids! The water park there is a huge hit. Your kids will WANT to get wet. Let them cool down then they can shake it off!

The V8 Supercars Championship is widely regarded as one of the best and most entertaining motorsport categories in the world. It is the third most attended and fourth most watched sport in Australia; and growing at a rapid pace.

V8 Supercars continues to evolve, driven by the passion of our fans as well as the strong desire to continue to grow. Our truly national footprint covers the entire country with races in each state and the Northern Territory across the year.

Signature events include the Clipsal 500 Adelaide, the Supercheap Auto Bathurst 1000, Castrol EDGE Townsville 500, Castrol Gold Coast 600 and the Sydney 500 - all internationally acclaimed. These events are consistently the largest in each respective state with crowds averaging well in excess of 160,000. In almost all cases, V8 Supercars events are the largest single event in each state.

In 2015 there are 14 Championship events as well as the Rolex 2015 Formula 1 Australian Grand Prix in Melbourne. The majority of V8 Supercars events are, and will continue to be, staged in Australia. V8 Supercars will continue to develop international opportunities while ensuring Australia remains the traditional heartland and home of the sport.

V8 Supercars produces its own television content for Australia’s FOX Sports and Network Ten, with FOX Sports showing all sessions live and ad-free, and global networks that reach every continent across more than 100 countries.

In November 2010, the Federation Internationale de L’Automobile (FIA) granted V8 Supercars International status and allowed the expansion of the series to include international events outside Australia. V8 Supercars have raced in China, the Middle East and the USA.

From 2017, Supercars will open up to allow a greater range of brands and models of race car in to the sport. The sport will maintain its high-octane, dynamic racing, but with the opportunity for brands to branch out and include new engine and body configurations alongside the current V8 engines.

All cars will be subject to aero and parity rules, and will continue to be loud and high powered, irrespective of engine configuration. The Gen2 Supercar model – announced December 2014 – is designed to be more relevant to manufacturers, race teams, sponsors and fans, while continuing to deliver edge-of-your-seat entertainment.
Posted by Josie at 09:46