In music news just in, the Triple J Hottest 100 has a new home. It won't be on Australia Day.

Says the announcement on the ABC site:

You heard right, our biggest music celebration of the year has a new date! On Saturday 27 January 2018 we’ll be counting down the Hottest 100 songs of the year, as voted by you. Then, we’ll back it up on Sunday with the songs that just missed out, the Hottest 200.
Welcome to the Hottest 100 Weekend. It’s the countdown you love, made bigger!
Here is the Insta post:

Continues the article:
triple j is making this move after hearing directly from you. Heaps of you took part in our online survey as part of our review of the date of the Hottest 100. (You can read more about that process below.) You told us how much you love the countdown and most of you are up for a new day. We all agreed that the Hottest 100 shouldn’t be part of a debate about the day it’s on. The only debate should be about the songs (“Ya joking shoulda been higher”).
triple j will be freed up to celebrate Australia Day as its own event too. We have some new programming planned for 26 January (more on that later).
So, get your crew together and make sure you keep the 4th weekend in January free, ‘cause the Hottest 100 Weekend is gonna be huge.
Here is what you need to know:
Tues 12 Dec 2017: Voting opensMon 22 Jan 2018: Voting closesFri 26 Jan 2018: Australia DaySat 27 Jan 2018: Hottest 100Sun 28 Jan 2018: Hottest 200
Why did they choose the fourth weekend in January?

We went with the fourth weekend of January because we wanted to keep all the best bits you love about the Hottest 100 – the music and being with your mates on a day that most people have off – and still host it at the same time in summer you’re used to. It also means we can follow up that weekend with the 200-101 countdown.

It's not the first time there has been a date change!

No, the Hottest 100 has been held on a few different dates in the past so it’s not the first time it’s moved around. The first ever countdown was held on 5 March, 1989 and the countdown didn’t regularly match up with 26 January until 1998. In fact, the 2004 countdown was on 25 January. So, the date of the countdown has moved around and though the Hottest 100 has mostly been held on Australia Day, it’s not about Australia Day.

So, now the cat is out of the bag: 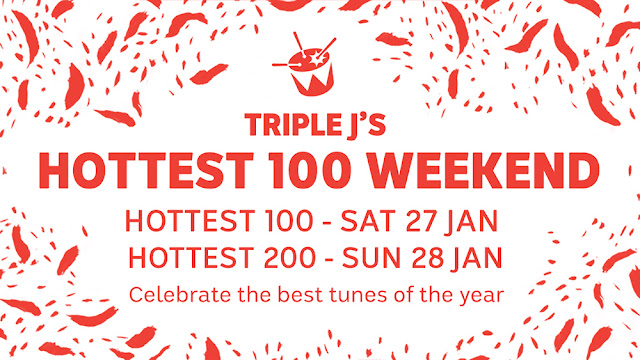