Touted the 'Godfather of Italian Cooking' he once said: “I consider vegetables the Cinderella of the food world,” the cook, author, restaurateur and television presenter once said. “That’s why I wanted to give them a bit of love'" he added when he released 25th cookbook called 'Vegetables.'

Josie's Juice was fortunate to share some quality time with the lovely Carluccio at his media event at a beautiful house in Bondi in October 2015, when he was in Australia as the face of Italian passata and peeled tomato brand Ciro.

His death was announced on his website, by the restaurant business, Carluccio's, on Twitter and by his agent.

Here is the news on his own Twitter page @cookcarluccio

It is with great sadness that we announce that Commendatore Antonio Carluccio OBE sadly passed away this morning. https://t.co/LWJtijvtf6 pic.twitter.com/WJsqSks7ud
— Antonio Carluccio (@CookCarluccio) November 8, 2017


Godfather of Italian gastronomy. OBE, OMRI. Italian cookery writer, chef, restaurateur and food expert.
His cause of death was not immediately revealed.

Carluccio, who was born and raised in Italy, had restaurants in Britain, Turkey and the United Arab Emirates bearing his name.

He also appeared in several television shows and wrote more than 22 cookbooks.
"Antonio built Carluccio's from one restaurant to the fantastic brand it is today," the restaurant company said in a statement.
"It isn't just Antonio's name above our doors, but his heart and soul lives and breathes throughout our restaurants."
RIP big fella! We were thrilled to have some quality time with you and will be forever grateful for that time on the balcony overlooking Bondi beach.

Here is just one clip from the day:


And here is our much cherished photo together: 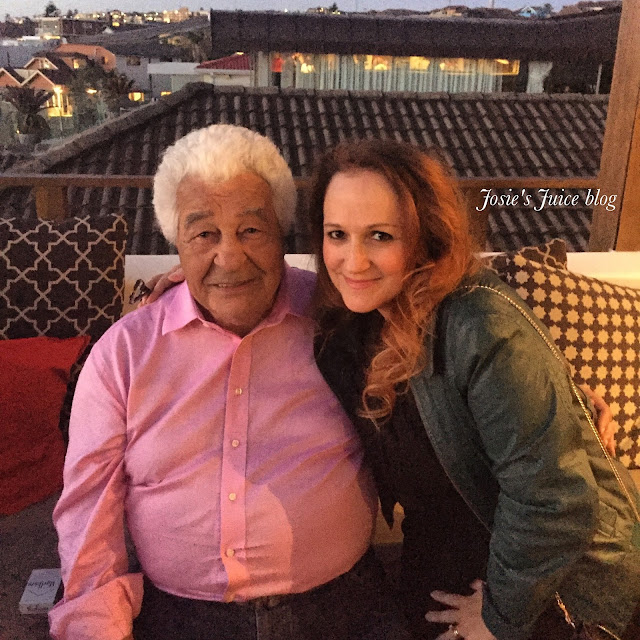 Here is the full statement:

It is with great sadness that we announce Commendatore Antonio Carluccio OBE sadly passed away this morning.

Commendatore Antonio Carluccio was an OBE, OMRI and a much loved and respected Italian cookery writer, cook, restaurateur, food expert and loved TV personality, he was regarded as the Godfather of Italian cooking. Raised in the rural North West of Italy, Antonio had a rare and privileged breadth of culinary knowledge.

Antonio was appointed Commendatore by the Italian Government in 1998 for services rendered to Italy, the equivalent of a British knighthood. He also received an OBE from The Queen in 2007 for services to the catering industry.

In 1981 Antonio opened the Neal Street Restaurant in Covent Garden, London, which traded for 26 years. In the same year he also was runner up in the Sunday Times Cook of the Year.

In 1999 Antonio co-founded Carluccio’s and it is his dedication and legacy which has made the restaurant group one of the UK’s most successful and well-known brands.

Antonio was awarded the AA Hospitality Lifetime Achievement award in 2012. Winners of this award are congratulated for making significant contributions to their industry, which have had a notable impact, and have demonstrated a lifetime commitment to progress in their field.