The death of Malcolm Young is deeply upsetting for myriad reasons. 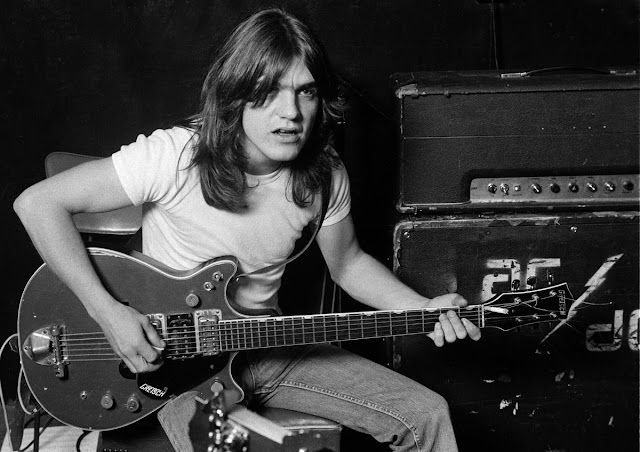 The most obvious is that the world has lost a musical genius. He was the founder of global behemoth of a band AC/ DC, and was the rhythm guitarist who invented the riffs that will forever go down in history.

His age - only 64 - is another reason he really is gone too soon. The man was still young.

And then there's dementia.

This illness claimed his life. His age at diagnosis was in his early 60s.

By definition, according to Dementia Australia:

Dementia is the term used to describe the symptoms of a large group of illnesses which cause a progressive decline in a person’s mental functioning. It is a broad term which describes symptoms such as loss of memory, intellect, rationality, social skills and normal emotional reactions.

The term younger onset dementia is used to describe any form of dementia diagnosed in people under the age of 65. The latest figures show that younger onset dementia affects approximately 25,938 Australians with dementia having been diagnosed in people in their 50’s, 40’s and even as early as their 30’s. Due to dementia in younger people being less common than dementia occurring after the age of 65 it can be difficult to diagnose.


A natural born musician who conjured many of the signature riffs which made AC/DC a global rock force had fought for several years.
His brother and bandmate Angus paid tribute to the special bond they shared on the musical stage since their debut in 1973.


Due to his early onset dementia, he had to relearn his legendary riffs during AC/DCs 'Black Ice' tour. Malcolm's last performance was in 2010 in Spain.
Meanwhile, this guy Andrea Boma Boccarusso compiled 50 AC/DC riffs for your listening pleasure - he does both Malcolm's part and Angus's part:
According to this excellent piece my master music writer Kathy McCabe:
Young was a renowned perfectionist and uncompromising strategist, who took the hard decisions needed to propel AC/DC from the unforgiving Australia pub circuit to international success.
Just as he stood anchored rock solid on the stage, so he was the boss off it, in the studio and their business affairs, infamous for abruptly firing managers, producers or musicians when they didn’t measure up to his exacting standards.
And this snippet about his beginnings:
Young and his family immigrated from Glasgow to Australia as 10 pound Poms in 1963, landing at the Villawood Migrant Hostel in Sydney’s western suburbs.
Brother Angus's words are incredibly special and offer further insight into his perfectionist musical world:
With enormous dedication and commitment he was the driving force behind the band.
As a guitarist, songwriter and visionary he was a perfectionist and a unique man.
He always stuck to his guns and did and said exactly what he wanted.
He took great pride in all that he endeavored.
His loyalty to the fans was unsurpassed.
As his brother it is hard to express in words what he has meant to me during my life, the bond we had was unique and very special.
He leaves behind an enormous legacy that will live on forever.
Malcolm, job well done.
Such beautiful words.
We will leave you with his best work to remember and enjoy:

Email ThisBlogThis!Share to TwitterShare to FacebookShare to Pinterest
Labels: Music, This Just In