In news just in, Andrew Demetriou has just announced his resignation as AFL CEO, stepping down at the end of the 2014 season.

In an article from 'The Age' newspaper, it tells how Mike Fitzpatrick, Chairman of the AFL Commission, announced Demetriou's resignation at a press conference which began at 10am at AFL House.

Fitzpatrick said that Demetriou had been a "significant force in our competition" and had presided over "a period of extraordinary growth".

For the press conference footage, and more, click here. 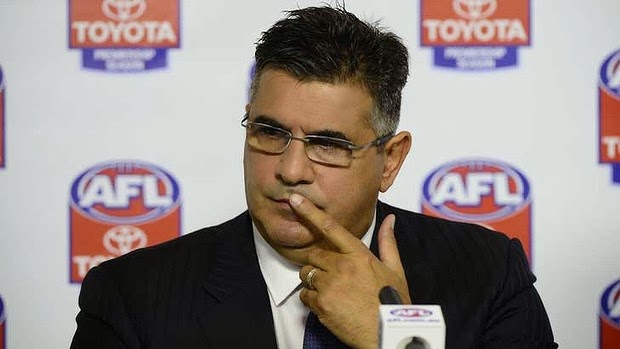 Email ThisBlogThis!Share to TwitterShare to FacebookShare to Pinterest
Labels: Australiana, News, Sport, This Just In