With this sweet personal photo and a blog post on her own site 'Goop', Gwyneth Paltrow announced her marriage to Chris Martin is over. 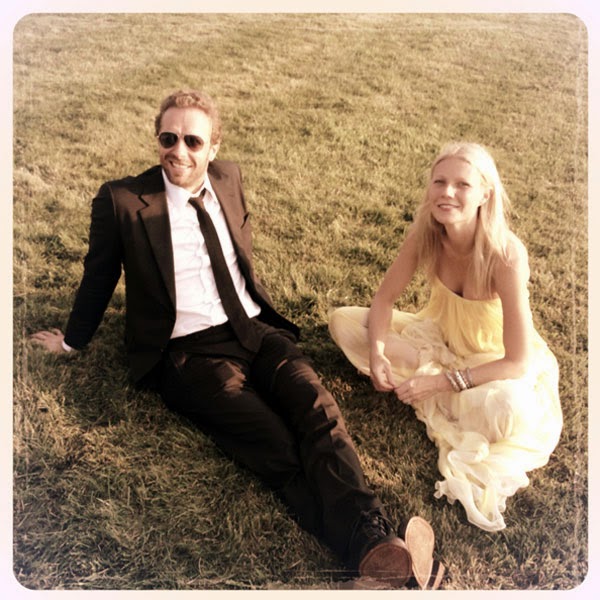 The Oscar winning actress and the Coldplay frontman have been married for just over a decade and have announced today they are separating.

Here it is, below:

It is with hearts full of sadness that we have decided to separate. We have been working hard for well over a year, some of it together, some of it separated, to see what might have been possible between us, and we have come to the conclusion that while we love each other very much we will remain separate. We are, however, and always will be a family, and in many ways we are closer than we have ever been. We are parents first and foremost, to two incredibly wonderful children and we ask for their and our space and privacy to be respected at this difficult time. We have always conducted our relationship privately, and we hope that as we consciously uncouple and coparent, we will be able to continue in the same manner.

It's funny what we feel when we hear about a celeb split. When I heard the news I was parked and heard Jackie O (from the 'Kyle and Jackie O show') read it as she got the news, and the longtime fan of Gwyn was actually very moved and in tears.

My reaction was: "really? I thought they'd last!" Truth is, of course, I know diddly squat about the relationship.

The odds were said to be stacked against them, apparently.

Celeb gossip news site Perez Hilton reported in February that a source close to the couple told him their relationship was in jeopardy. Chris Martin is said to want to move back to England, to be closer to his family and band mates, while Paltrow is keen to remain in Los Angeles.

Chris has said about his wife in the past:

“It's a big leap? What, from being a loser, to going out with an Oscar winner? It's a giant leap. Let's face it; it's like winning the lottery.”

For her part, in an article in 2013 in Good Housekeeping magazine, Paltrow acknowledges that marrying Martin was the best decision in her life, although she did concede to Glamour UK magazine:

"It's hard being married," she told the magazine last June. "You go through great times, you go through terrible times. We're the same as any couple."

She recently told Marie Claire magazine: "Last night, I was talking about that with my husband: it gets more complicated. The problems are getting more serious and I notice that they need me more now than even when they were very little.”

The couple have two primary school aged children, Apple, 9, and Moses, 7
Posted by Josie at 13:14