In news just in, the Sydney radio ratings are in: the 'Kyle and Jackie O' show are in at number one with their new breakfast show at Kiis 1065.

Meanwhile, it's not so good news at their old stomping ground at 2DayFM, where Merrick, Sophie, Jules and Mel B have halved their audience share; in fact, they are now at the bottom of the breakfast ratings.

Kyle Sandilands and Jackie O new Kiis 1065 breakfast show has tied with Jonesy and Amanda’s WSFM for the number one spot among FM commercial stations in Sydney, with the Australian Radio Network’s big punt to rebrand the struggling Mix station in Sydney paying off.

And for more on the #KJShow win, watch the moment they found out the fab news:

And the photo of the celebratory madness. Congrats! 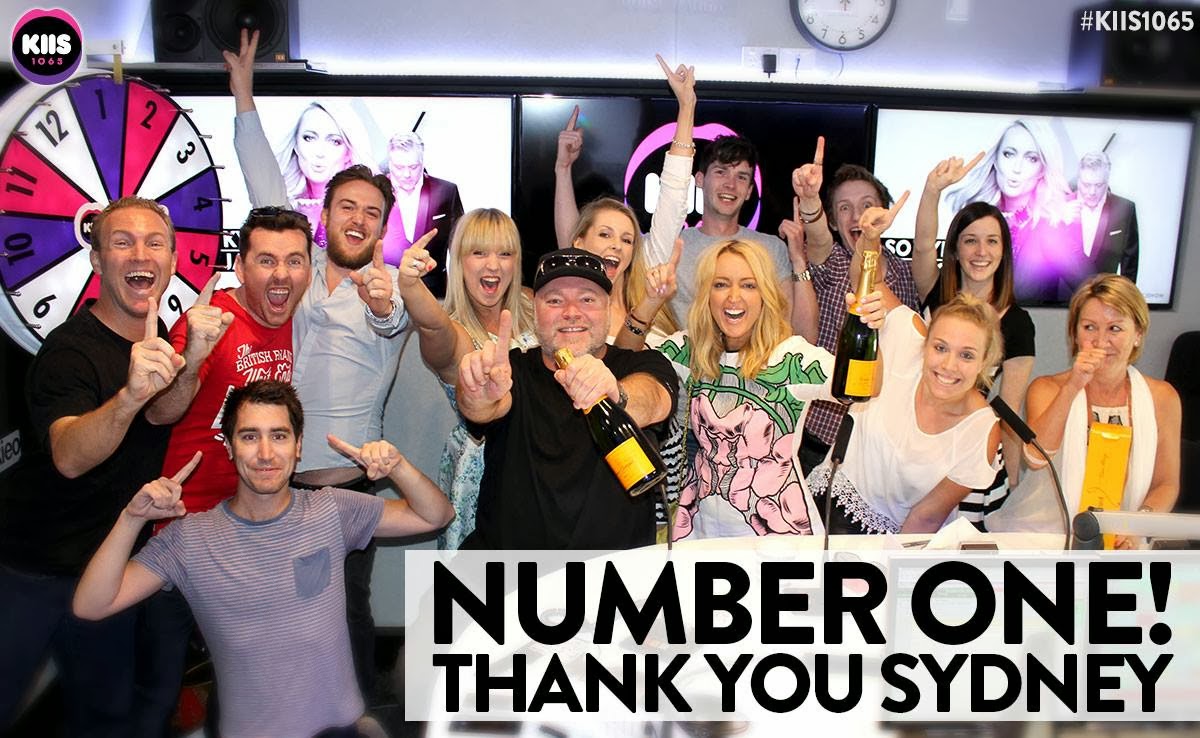 Just posted on the 'Kyle and Jackie O' Facebook page:

Wow! What an absolutely amazing day it's been.

The truth is, we've all been worried sick not knowing exactly how this was going to turn out, so this result is more than we could ever have hoped for. We were almost in tears this morning, it's been one of the most exciting and happy days of our careers. To think that before January 20th KIIS didn't even exist and now it's #1, is an amazing feat.

So many so-called radio experts wrote us off, kept saying that it was going to be a disaster and that we would fail etc, etc, but in just two months we've gone to number one.

We're both very much aware that without you guys it just wouldn't have happened. You stuck with us, you helped us get the KIIS message out there and the way you responded to the show and showed your support was just amazing.

We're also both really happy for our good friends Jonesy and Amanda. Even though they've been our competition for the past five years they've also been kind and really decent people and deserve big congratulations on a fantastic result. So, good on ya Jonesy and Amanda!

We have a new home at KIIS that we LOVE; we have an amazing team working with us; and we have the fiercest, most loyal listeners IN THE WORLD!