And just to add to his 'top bloke' status, Karl is donating the royalties from the sale of his book to the Police Legacy charities.

Here is the book cover: 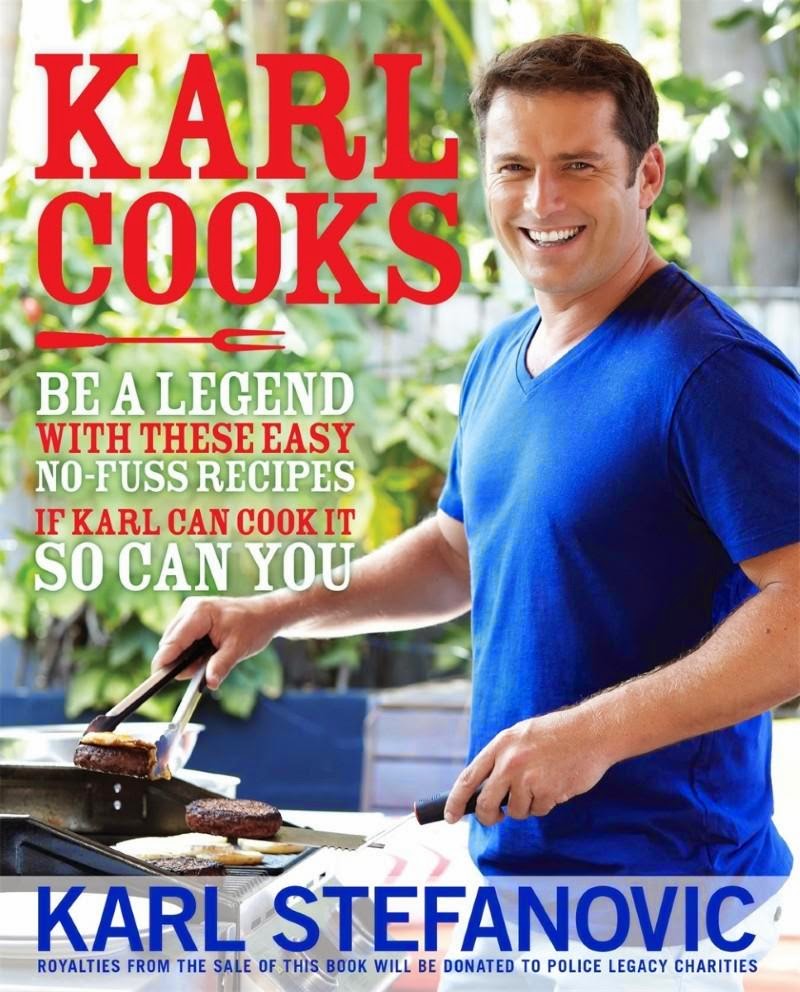 Here is a cute-as sneak peek to the book/app launch:

Hachette Australia, in partnership with Colour Me Films, has announced the launch of this Karl Cooks app – a free interactive game that challenges players to cook a recipe from 'Karl Cooks'.

Karl Cooks: The App is a fun, engaging and shareable skill-based game where users have to cook a dish from the book for Karl. They can choose various ingredients and utensils and be rated on how well they prepare and cook the ingredients. An animated Karl (another Karl!) encourages them throughout the process and offers advice and guidance as well as pointing out things he doesn’t like. Karl’s cat, Biscuit, and his Gold Logie make guest appearances and there are other challenges to contend with, such as a pesky fly that needs to be swatted. Why, of course.

You can download Karl Cooks THE APP for iPhone and iPad here: https://itunes.apple.com/au/app/karl-cooks/id910155264?mt=8

Players are rated on how well they’ve cooked the dish and Karl eats it at the end and lets them know if it is up to his exacting culinary standards! Users can click straight through to purchase a digital or print copy of the book at any stage. 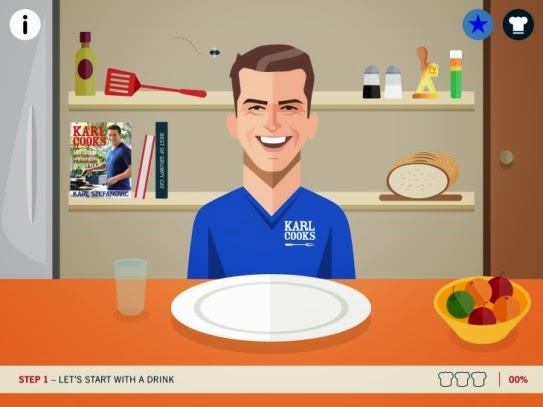 And here is a clip of Karl cooking, drinking, hanging with equally good blokes like a brother and more family and a policeman pal, and, gosh... looking pretty darn handsome:

Josie's Juice has been given an excerpt from Karl's book - his recipe for the 'Sizzlin' Snapper'. YUM. Here is the delicious end result, ingredients list and method. Get crackin', folks: 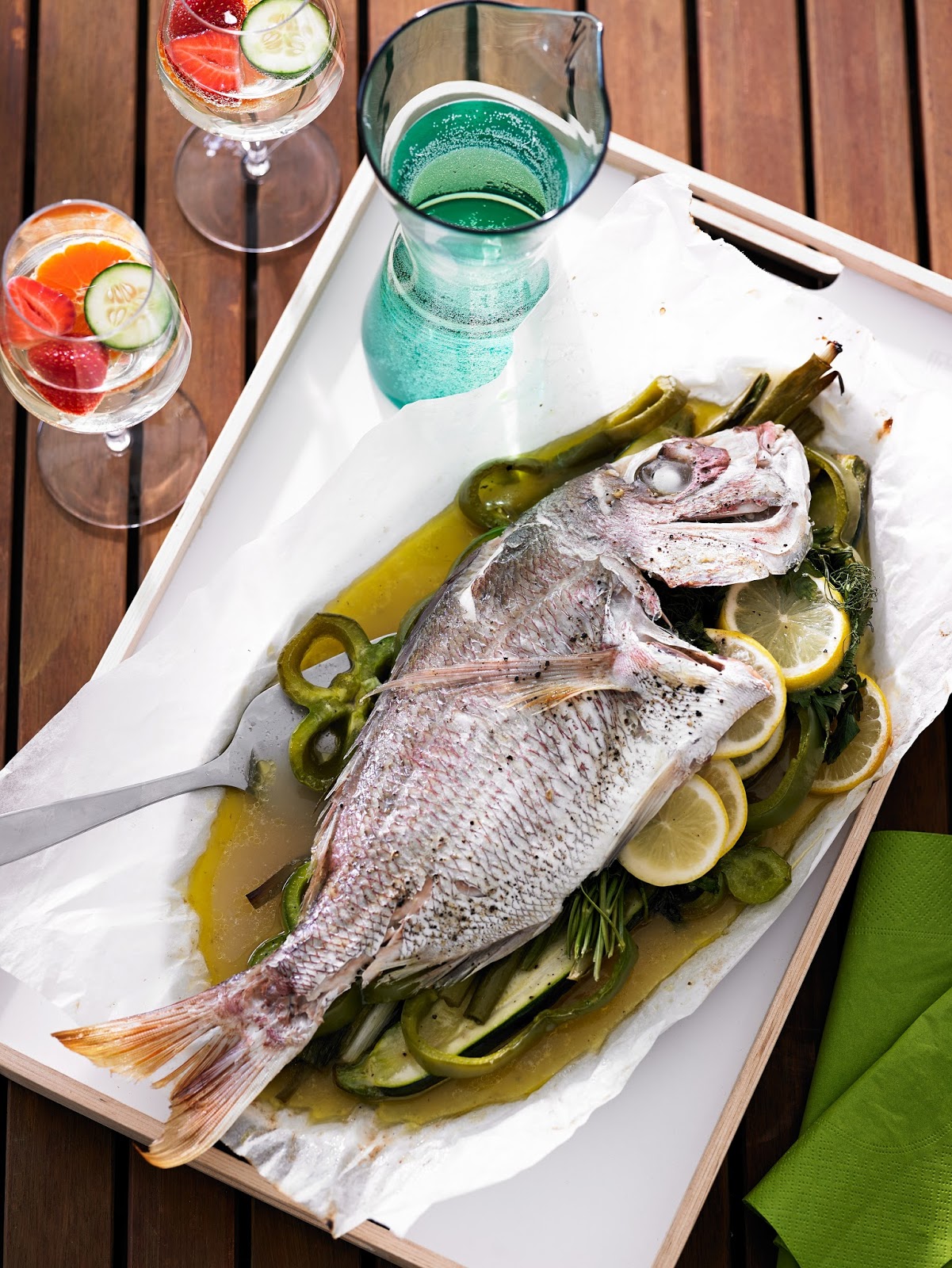 PARCELLING UP FISH WITH SOME VEGIES AND A BUNCH OF HERBS IS A GREAT WAY OF CREATING AN ALL-IN-ONE BARBECUED MEAL. THE JUICES FROM THE SNAPPER WILL SEEP INTO THE BED OF VEGETABLES – MAKING THEM IRRESISTIBLE.

MAKE SURE YOUR FOIL WRAPPING IS LEAK-PROOF SO YOU DON’T LOSE A DROP OF THAT MAGIC LIQUID.

1. Preheat a barbecue to medium.

2. Place two large pieces of foil on a work surface, one on top of the other. Cover with a piece of non-stick baking paper. Layer the zucchini, capsicum and spring onion on top. Drizzle with oil and season with sea salt and ground black pepper.

3. Rest the snapper on top of the vegetables. Fill the cavity of the fish with the lemon, dill and parsley, and dot the top with butter. Pick up the edges of the foil, then carefully pour over the wine. Season the top of the fish with sea salt and ground black pepper. Wrap the fish up tightly in the foil to form a parcel.

4. Barbecue the snapper for 25–30 minutes, or until the flesh easily flakes away from the bones when tested with a fork.

Email ThisBlogThis!Share to TwitterShare to FacebookShare to Pinterest
Labels: Australiana, Books, Celebrities, Channel Nine, Everyone is talking about, Food, Fun Stuff, This Just In, TV