Josie's Juice is lucky to have a guest blogger, Gabriella Dessanti, as our book reviewer. She will be reading and reviewing books for this site, as well as for sister site TwinnieWorld. In fact, you can read her review on that site right here. And read her first review for Josie's Juice here.


Joy Dettman’s latest novel, a crime thriller that will keep you guessing…
From the beginning we are introduced to the psyche of “The Freeway Killer” who dubs himself “the Wolf”. He knows and accepts his “wolf heart” and female babies should somewhere in their future fear him.
There are two strong and likeable 12 year old girls in this story, Marni, the mature and charming daughter of the struggling single mother Sara, and the 5th victim of the “Freeway Killer”, a strong and resourceful girl who challenges her abductor exposing his vulnerabilities.
The book is in third person, written from several points of view, the main ones being Sara, the Freeway killer, the victim, Ross the detective and Freddy Adam-Jones the lawyer.
Sara, lives in a granny flat with her daughter Marni, assisting her landlady as part of her cheap rent. An unexpected windfall opens new doors of opportunities and also threatens to expose the secrets of her past that she has worked hard to keep hidden.  Marni’s classmate is the latest victim of the Freeway Killer and for Sara, who lives and breathes for Marni, her fears for her daughter’s safety are magnified and she clings more fiercely to their privacy.
Freddy Adam-Jones, a successful lawyer at the peak of his career, he is engaged in high profile cases, in contrast his personal life is in crisis with an increasingly absent wife, a delinquent son and guards a ruinous secret that weighs on his mind. 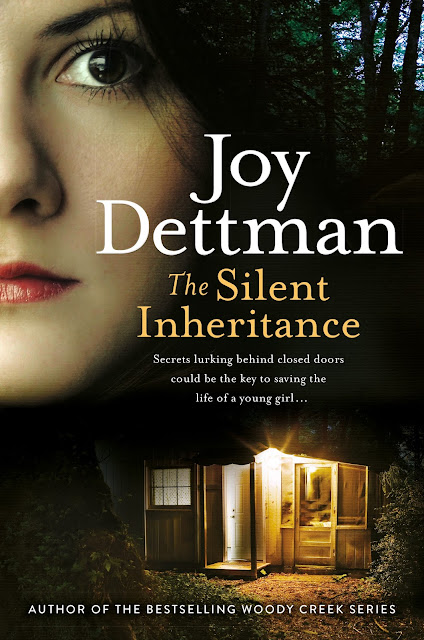 Ross pulls the threads of the story together, his investigations lead him to Freddy and on a trip to Perth he meets Sara and Marni. What is Sara’s connection to Freddy? What secrets from Sara’s past might help locating Marni’s classmate?  Can Ross unravel the clues in time to save her life before she is found dumped in double bagged green garbage bags on the side of the Freeway?

This is my first Joy Dettman book, and I didn’t know what to expect. It was well-written, the characters are vivid as she delves into their thoughts which oscillate from past to present, leaving the astute reader cryptic clues to try to solve the mystery.  It is an enjoyable read with a cast of memorable characters each with their secrets and their flaws.   On the negative side the characters are developed to the extent and for the purpose of furthering the abduction storyline, leaving sub-plots unfinished and somewhat unfulfilling. I also found it hard at times to empathize with Sara, some secrets didn’t need to be so secretive, however her daughter is delightful, Freddy is interesting and adds complexity to the story and the insights of the killer and his victim keep the storyline moving as it climaxes to a gripping end.

'The Silent Inheritance', by Joy Dettman is out now through Pan Macmillan.

Author's note: info on the author:

Joy Dettman was born in country Victoria and spent her early years in towns on either side of the Murray River. She is an award-winning writer of short stories, the complete collection of which, Diamonds in the Mud, was published in 2007, as well as the highly acclaimed novels Mallawindy, Jacaranda Blue, Goose Girl, Yesterday's Dust, The Seventh Day, Henry'sDaughter, One Sunday and the bestselling Woody Creek series.
Posted by Josie at 09:58