Josie's Juice has a new guest blogger, folks! Her name is Gabriella Dessanti, and she will be reading the latest books, and writing book reviews. Here is one of hers. Plus another, on sister site TwinnieWorld.

Here is her take on the new book 'Missing Presumed', by Susie Steiner.

Detective Sergeant Manon Bradshaw is a hungry and successful detective whose love life is uninspiring.  She describes herself as “a misanthrope, staring down the barrel of childlessness”.  To help her fall asleep she listens to the murmuring of her police radio. When over the airwaves come reports of a missing girl she wants it. When she sees a graduation picture of Edith, smiling, gorgeous, yes she thinks “this will be big”.
This is the story about Edith Hind, the missing beautiful young girl, the detectives that are keen to find her, her mother’s anguish through the process and the powerful effect of the media on Edith’s close family and friends.
The police suggest that Edith’s complex love life is at the heart of the disappearance to drum up media interest. Sir Ian Hind, an eminent surgeon to the Royals is mortified by how his Cambridge post grad daughter has been depicted in the media.  Ian is friends with the home secretary and puts pressure on the police investigation. As time creeps by he becomes more frustrated with the confusion in the investigation, looking for connections in seemingly unrelated leads of a known criminal and the death of a boy found in the river. 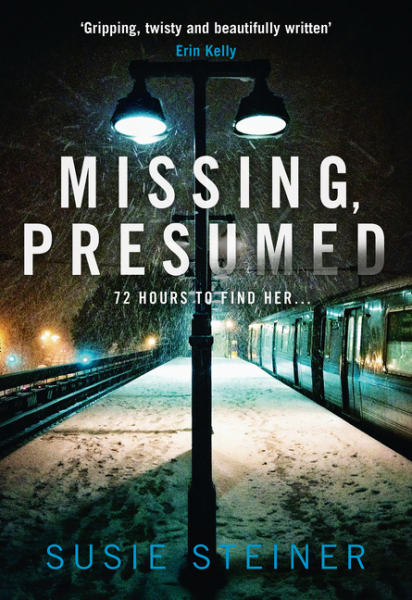 We are introduced to Miriam Hind contemplating that “every marriage is a negotiation of proximity” and wonders whether Edith has embarked this journey with her partner Will as “when you are in your twenties the problem of dependence and independence can be quickly resolved by ditching your boyfriend” and she considered Edith on this brink.
Has Edith made an elaborate attempt to ditch her stunning but boring boyfriend or has something more sinister happened…
The momentum of the book keeps going with the richness of the characters that permeate the novel giving depth to the crime investigation. Manon is likeable, she has integrity and committed to protecting the good. She has been through the heartbreak of losing her mother as a child, estranged from her sister and father, when she finally starts a relationship you want her to be happy, yet she becomes overly dependent and it comprises her police work.
Other main detectives include Davy, he is a loyal police partner an optimist who counterbalances Manon. Even when Manon is in a happy phase paradoxically he becomes pessimistic due to the pressures of the ongoing investigations and the strains in his once “perfect” love life.
Miriam is a devoted mother and wife. She struggles as the investigation continues, the critical 72 hours pass and it is presumed that her beloved daughter is dead. She makes her own private investigations, working through Edith’s childhood friends and childhood sweetheart. We get a great insight into Edith through Miriam.
This book has the required urgency and suspense of a crime thriller with layers of good characterization and an exploration into love and the family life.
'Missing Presumed', by Susie Steiner is out now through Harper Collins.

Editor's note: info on the author:
Susie Steiner began her writing career as a news reporter first on local papers, then on the Evening Standard, the Daily Telegraph and The Times. In 2001 she joined the Guardian, where she worked as a commissioning editor for 11 years. Her first novel, Homecoming – described as 'truly exceptional' by the Observer – was published by Faber & Faber in 2013. She lives in London with her husband and two children.
Posted by Josie at 01:23