The news came post CIRA (Council of Italian Restaurants in Australia) meeting today... the man the CIRA members had intended to honour had passed away: Beppi Polese, an Italian icon in the Sydney restaurant industry. He died peacefully in his sleep.

Robert Dessanti, from The Wog With The Grog, shared the sad news post lunch, and on the restaurant's Facebook page, this tribute and photo:

R.I.P. Mr Beppi. Thinking of you and your family. — at Beppi's Restaurant. 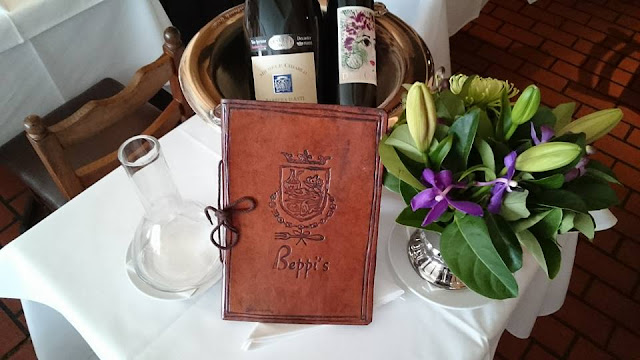 I interviewed Beppi Polese in 2007, when his book - 'Beppi, A Life in Three Courses' - was released. It was for the weekly Sydney magazine City Weekly, where I was associate editor, and was utterly fortunate to have the opportunity to meet and interview all these incredible people. I have never forgotten my conversation with Beppi - I reminisced about it only last week, driving past the restaurant. What struck me the most? That I knew, in that moment, he would always be remembered as a pioneer in introducing Italian food to Australia, and to the Sydney restaurant scene, one that was starved (in every sense of the word) of Italian food. Indeed, we have lost a great.

Here is his book cover: 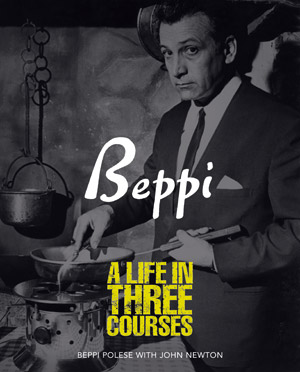 Here is a book blurb:

This illustrated memoir follows the story of iconic Sydney restauranteur Beppi Polese. Born in 1925 in a farming village in northern Italy, where food and eating were a matter of daily subsistence, Beppi began his training in silver service dining in Milan. His career was interrupted by World War II and his imprisonment in an Austrian labour camp, from which he escaped to join the partisans in the mountainous Friuli region. In 1952, after working in the great hotels of Florence and Venice, Beppi emigrated to show more

The man I found at his iconic Sydney restaurant - it is the first Italian restaurant established in Australia, back in 1956 - was a complete gentleman. So old school and respectful, with his venue a relic from a time gone by.

A wine wall to die for, walls of heritage where many a deal, proposal, and late night feed, and candlelit dinner took place, and decades of service to hungry diners.

Here is a vintage photo of Beppi: 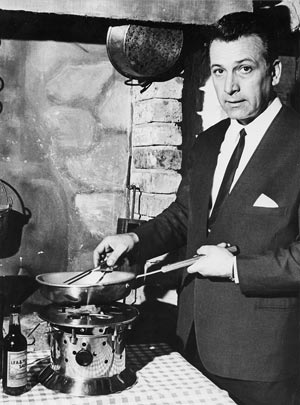 Beppi's Italian Restaurant is a much awarded restaurant established by Beppi Polese and his wife Norma - it is still owned and run by the family.

Beppi immigrated from Italy in 1952; his son Marc still helps manage the business.

Famous diners have included singer Pink, who famously tweeted (on 13 November 2012): "Recently dined at Melisse in Santa Monica. Easily the best meal of my life. Aside from Beppi's in Sydney."

Recently dined at Mélisse in Santa Monica. Easily the best meal of my life. Aside from Beppi's in Sydney.
— P!nk (@Pink) November 12, 2012


Other famous faces eating there have included: Rihanna (who tweeted about the minestrone when she visited), Jerry Lewis, even Frank Sinatra.

The History of Beppis Italian Restaurant in Sydney

Beppi began his working life when he left home, a small town north of Pordenone in Friuli, at the age of fourteen to go to work in Milan as a dish washer for Albergo Doria in 1940. Slowly working his way up the restaurant hierarchy at the Papagallo restaurant, Albergo del Corso and the Pricipe di Piemonte in Milan and subsequently in numerous hotel dining rooms and restaurants including The Grand, The Gritti Palace and Europa hotels in Venice.
Following the war he gained work again in dining rooms in hotels such as the Baglioni roof garden restaurant in Florence, Regina, Albergo Ungheria and Excelsior Palace hotels in Lido, The Gritti Palace again in Venice and the Ambassador in Rome.
In 1952 Beppi came to Australia. He worked for  Romano's, Milano's and Prince's restaurants all in Sydney before opening  Beppi's Restaurant on 10th June 1956 with his wife Norma, two months prior to the first television broadcast in Australia.
Beppi is considered the patriarch of Italian restaurants in Sydney and Beppi’s Restaurant an institution. Over the years Beppi’s restaurant has been the spawning ground for over 12 Italian restaurateurs and restaurants in Sydney. Beppi’s restaurant is thus the longest running restaurant under the same ownership in Sydney and we believe in Melbourne and possibly the whole of Australia.
Beppi has been responsible for the coaxing of the Australian palate out of its Anglo-saxon shell and introducing it to the flavours of his native Italy. Many Sydney siders ate for the first time such modern mainstays of today’s restaurants as mussel, octopus and artichoke at Beppi’s (the mussels he harvested himself in a small rubber boat scraping them off the pylons of the old wooden spit bridge as he was unable to buy them). Four generations of Sydney siders have passed through the doors of Beppi’s to this day in the same location as the first day it opened.
Over the years the restaurant has accumulated over 40 awards for food and service including the inaugural in 1963 the Forchetta d’Oro from Alitalia, Sydney Morning Herald Lanson Award for Professional Excellence and Best cellar awards.
In 1993 Beppi was inducted into the Restaurant & catering association Hall of Fame.
In 1998 Beppi was awarded, by the Italian government, the title of Cavaliere del Lavoro for his services in disseminating and maintaining the Italian culture in Australia through his work in Beppi’s restaurant over the 46 years since opening.
The Cavaliere title is the equivalent of our Knighthood or Order of Australia.
For more on Beppi's - to book at the restaurant, and more photos and history - go here.

Check back in to this blog post - I plan to find the photo taken for the story I wrote, and the story itself.

Rest in peace, Signor Beppi Polese.
Posted by Josie at 18:23