The Tay Tay / Calvin Harris meal combo is no longer on the menu. No more fries with that.

Says E! News, in a report just in:

E! News has confirmed through multiple sources that Taylor Swift and Calvin Harris (real name Adam Wiles) have broken up after dating for almost a year and a half. "This all happened last week," a source tells us.
"Taylor and Adam had no big blowout fight, but the romance just was not there anymore for them. Adam is the one that ended it. It was all done in a very mature fashion. Taylor is pretty upset but they are still in communication. Taylor was there for Adam with his accident and supportive."
The duo's breakup comes shortly after the music producer suffered from a car accident, causing him to cancel a few shows. "Adam is still recovering from the injuries sustained in the car accident last Friday. Unfortunately, as a result he will not be able to perform in Las Vegas at Hakkasan tonight, 5/26 and Omnia tomorrow, 5/27," his team explained last week. 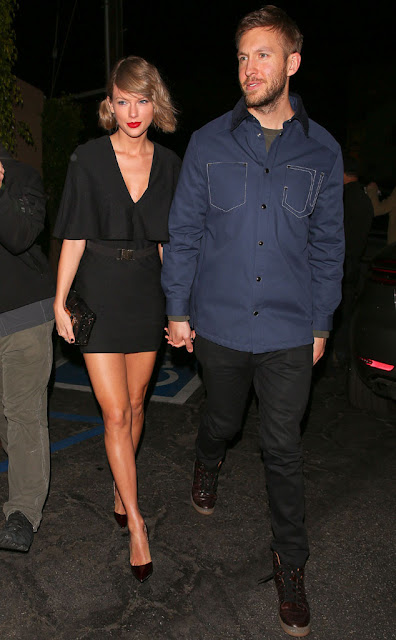 Email ThisBlogThis!Share to TwitterShare to FacebookShare to Pinterest
Labels: Celebrities, Romance, This Just In