Kim Kardashian was held at gunpoint a few hours ago, and endured a terrifying ordeal. 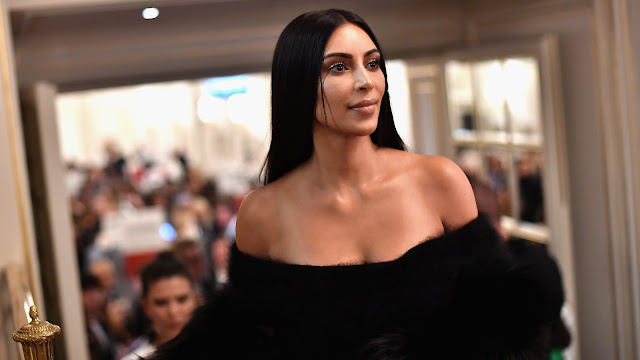 Armed gunmen broke into Kim Kardashian's Paris hotel room, taped her mouth shut and stole millions of dollars in jewelry and the emergency rippled quickly all the way to New York ... where Kanye bolted from the stage mid-concert.
There were 5 gunmen, posing as cops, who threatened the concierge and made him open the door to her room.
Our sources say at least 2 gunman bound and gagged Kim with handcuffs and tape and then put her in the bathtub.  We're told Kim begged them to spare her life, telling them she had babies at home.
The gunmen knew exactly what they were doing ... we're told they beelined it for her jewelry and took a $4.5 million ring and a jewelry box.
After the gunmen left she was able to break out of the restraints and called for help.
We're told Kim was badly shaken but unharmed, calling it "the worst moment in my life."
As for Kanye ... he was performing at the Meadows Festival in Queens, NY -- Yeezy was jamming in the middle of "Heartless" when he cut the music and made the announcement, stunning the crowd.
Story developing ...
Kim is in Paris for Paris Fashion Week - she posted several pics on her Instagram account:

Email ThisBlogThis!Share to TwitterShare to FacebookShare to Pinterest
Labels: Everyone is talking about, Kardashians