In celeb news just in, there has been a stabbing and a shooting at Miranda Kerr's home in Malibu.

Miranda Kerr was not home at the time.

The report from TMZ says:


A brutal confrontation at Miranda Kerr's Malibu home Friday morning has left 2 people hospitalized ... 1 with multiple gunshot wounds and 1 with a stab wound to the eye.
We're told a security guard at the house confronted an intruder who had just hopped the fence. The intruder stabbed the guard in the eye, and the guard responded by shooting the intruder multiple times. We know 1 shot struck the intruder's head.
The intruder and the security guard were airlifted to the hospital and both are expected to survive.
Miranda was not home at the time.
Here is the pic from TMZ of the shooting victim: 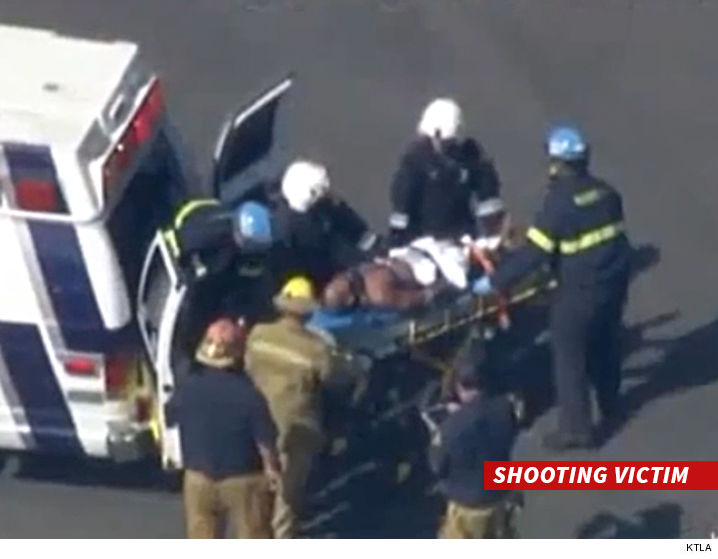 Email ThisBlogThis!Share to TwitterShare to FacebookShare to Pinterest
Labels: Australiana, Celebrities, Models, This Just In