With news overnight that Mariah Carey, 46, and James Packer, 49 are no longer a couple and the engagement is well and truly over, stories have just emerged on what actually caused the break up. (Photo: Getty) 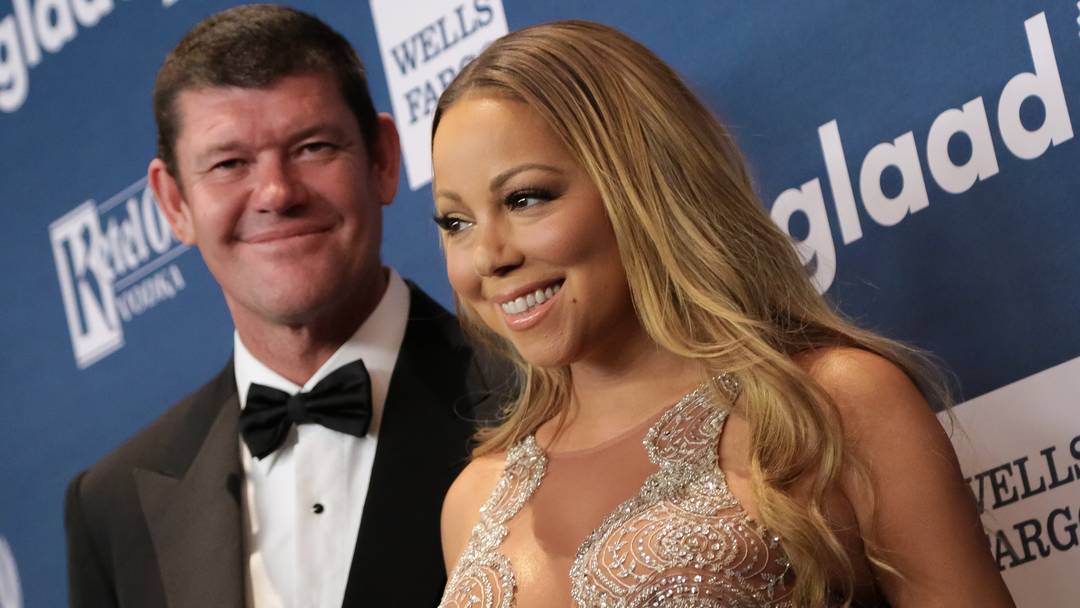 Mariah's 'people' have broken their silence as speculation swirls around her 'reported' split from James Packer, the Australian billionaire casino mogul.


In a statement from Carey’s camp read out on Sunrise today, it was confirmed that their relationship was on the rocks after the couple had a fight in Greece.
“Mariah Carey and James Packer had a fight in Greece. They have not seen each other since,” the statement read.
As news articles including this one now say that 'Mariah Carey ''Developed a Close Relationship'' With Dancer Amid Problems With James Packer', and reports in TMZ that Carey had cheated on Packer with a dancer, and that Packer was unhappy with her excessive spending, the statement confirmed the fight was not caused by either of these allegations.
“The fight was not because of cheating allegations or excessive spending by Mariah. James is one of the most successful businessmen in the world,” it read.
It was also confirmed that the couple were trying to reconcile their differences,
“They are trying to work it out but right now they are not sure if they will stay together. They are discussing it and plan to release a statement about their future,” the statement read.
According to TMZ, a source linked to Mariah claimed James did “something really bad” involving her assistant on a luxury yacht - and this led to Mariah leaving and heading back to Los Angeles.
In the abovementioned article from eonline.com, it says:
It seems as though Mariah Carey has found comfort in other arms during a difficult time in her life.
E! News has learned that the world-renowned singer became close with one of her dancers amid problems with James Packer. A source tells E! News exclusively, "James was not in the right mind for months. Mariah was in essence an abandoned woman."  The insider adds that it was during this time that Carey began building a bond with her dancer. "While in Vegas, she turned to and developed a close relationship with Brian Tanaka."
Following news that Carey and Packer decided to call off their engagement, E! News learned from another source close to the pair that Packer's behavior played a role in Carey's decision to part ways.
"James is not in a mentally healthy place right now and he has not been present for her," the insider tells E! News exclusively. "Unfortunately, his absence and behavior was not a good situation for her, so she had to leave him."
A rep for Packer tells E! News, "This is simply untrue."

Here are the last two pics of Mariah and James from Mariah's Instagram page a month ago, and five weeks ago:

Email ThisBlogThis!Share to TwitterShare to FacebookShare to Pinterest
Labels: Australiana, Everyone is talking about, Romance, This Just In