The Duchess of Cambridge is pregnant with baby number 3!

And once again she is suffering from extreme morning sickness and has cancelled her planned engagement at a children's centre today.

“The Queen and members of both families are delighted with the news.”

During her first two pregnancies, Kate, 34, battled acute morning sickness, also known as Hyperemesis Gravidarum. She is also afflicted with the condition during this pregnancy, according to the statement.

As a result, she canceled a planned appearance Monday morning.

“As with her previous two pregnancies, The Duchess is suffering from Hyperemesis Gravidarum. Her Royal Highness will no longer carry out her planned engagement at the Hornsey Road Children’s Centre in London today,” the statement said.

“The Duchess is being cared for at Kensington Palace," the statement continued.

It'll be a busy week for the royals!

On Thursday, the Duchess of Cambridge and Prince William are set to take Prince George, now 4, on his first day at Thomas's Battersea.

Plus, the arrival of Will and Kate’s third child could be historic... if the baby is a boy, he will not displace big sister Charlotte in the line of succession. This is thanks to a measure that passed just after Will and Kate’s 2011 wedding. Up until this change, a younger son would usurp his older sister’s place when it comes to inheriting the throne.

Congrats to the young family. 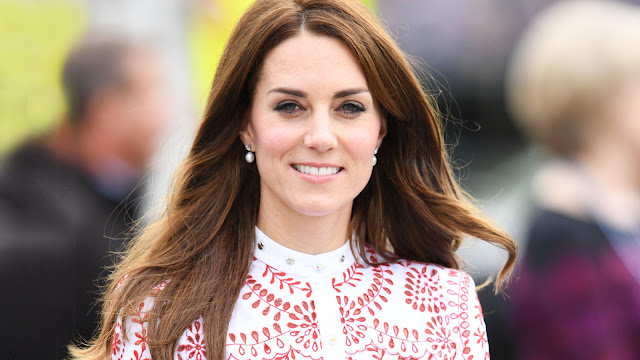