If this post had a 'like' button, I'd hit it a million times over. If only just for the fantastically brilliant header just above. 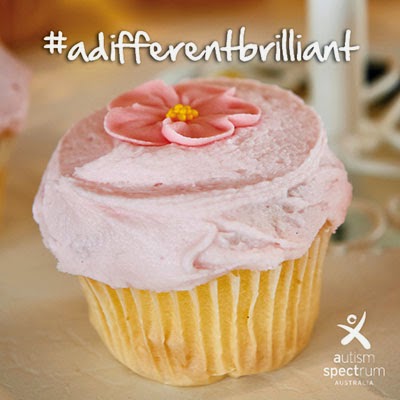 Aspect has released a positive awareness campaign on its Facebook, Twitter and LinkedIn pages called, 'a different brilliant.' The campaign includes a centrepiece film and microsite (www.adifferentbrilliant.org.au), which celebrates our differences by introducing viewers to seven quirky real-life characters on the autism spectrum in a beautifull shot, positive and inspiring montage.
Seven real-life ASD heroes tell the story
The captivating short film captures the stories of seven unique individuals as told by them, their friends, families and communities:
CALLUM THE PUZZLE WHIZ. 14 year-old Callum is enthusiastic about puzzles and completes them in record time without looking at the finished image on the box. He represents the unique talent for sorting and visual problem solving some people on the spectrum possess.
CHELSEA THE DRESS-UP SUPERHERO. Like many girls her age, four year-old Chelsea loves pink, dressing-up, and playing with Barbies™. But thanks to her unique way of expressing herself, rather than dressing up as a fairy like all the other little girls going to a birthday party, she arrives in a self-designed superhero outfit. Those with highly sensitive nerve endings as part of their ASD often delight in specific fabrics and textures that are gentle and familiar to their touch.
SUPERMARKET SURVIVAL, NATHAN. For an ASD child with super-hearing powers, like seven year-old Nathan, supermarkets are a deafening cacophony of disharmonious sounds: buzzing fridges, in-store announcements, checkout noises and errant trolleys. A two-year old is shown sitting in a trolley with ear defenders as an example of how many children on the spectrum with auditory sensitivities, like Nathan, bravely tackle the experience.
SCHOOL BOYS AT HEART, BEN. We see 10 year-old Ben () at the school gates as other children come and go around him. Both he and his brother, Nathan (7) attended Aspect schools and have now successfully transitioned to the mainstream education system. The scene reminds us that people with autism don’t look any different – they could be any school friend or classmate; but take the time, and you’ll discover a different brilliant.
ALEXANDRA, THE DREAMER. Sometimes people on the autism spectrum have trouble with communication, social interaction and sensory overload. The story of 29 year-old Alexandra is told in a café scene. She gazes out the window while conversations happen around her, brilliantly finding a “safe place” in her own mind to block out the overwhelming nature of her surroundings, but eagerly joining in the conversation when a friend asks her a direct question.
ROBBIE, THE VISUAL ARTIST. Passionate photographer and business owner Robbie is in his early 20s. His story is told creatively via a class field trip montage. As others take similar shots to each other, Robbie sees the world through a different brilliant lens.
CAMERON THE WORKER. Cameron is in his 40s and an active member of the workforce. Aspect supports both Cameron and his employer via the Aspect Capable specialist employment service, which offers person-centred employment training and support to jobseekers with ASD, and their employers through coaching, mentoring, job preparation and training.
“So often wonderfully talented, brilliant people with autism spectrum disorder are overlooked by society as being odd, or quirky, or obsessive. With our a different brilliant campaign, we hope to inspire a wider understanding and respect for how people on the autism spectrum are just like you and me, in many ways, but with their own uniquely brilliant take on the world,” says Adrian Ford, CEO of Autism Spectrum Australia (Aspect).
The 'a different brilliant' short film was released to the public via social media today, on Thursday 13 November on the Aspect Facebook page facebook.com/AutismSpectrumAustralia, as well as via Twitter and LinkedIn.
The public is encouraged to ‘like’ and ‘share’ the 'a different brilliant' short film with the hashtag #adifferentbrilliant and include links to the a different brilliant microsite in any social media posts: www.adifferentbrilliant.org.au/
And so, I am doing my part, to honour my beautiful son Rafael, who is six, and (to borrow a line from one of the best films on the planet, and one of my fave flicks ever, 'Temple Grandin') "different, not less", here is this exceptional video: 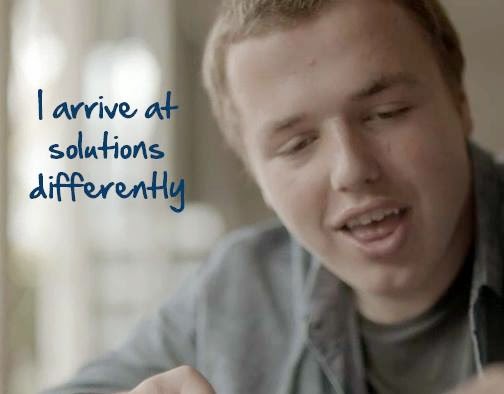