A bomb and several shooting incidents have occurred in central Paris. Fatalities and injuries have occurred.
According for media sources there’s been an explosion at a bar near the Stade de France, the country’s national football stadium. 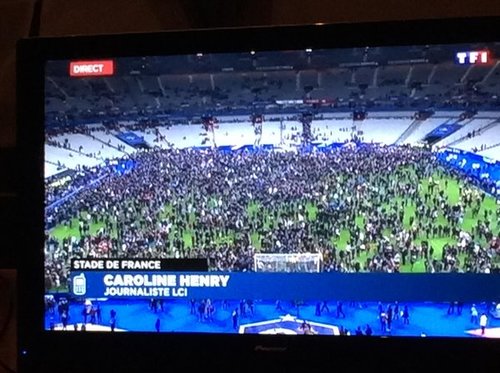 Gunmen also opened fire at a the Cambodge restaurant in the eleventh district and at the Bataclan arts centre where a hostage situation underway. 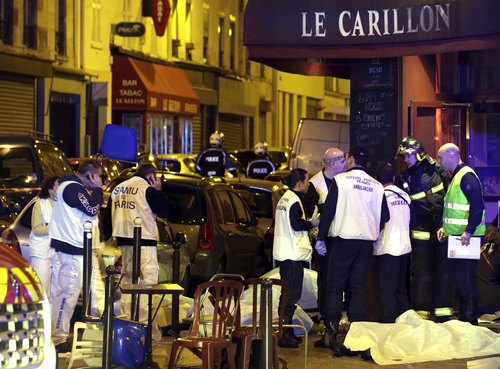 The French newspaper Liberation is reporting at least four dead but some media are reporting a figure as high as eighteen. Those reports are as yet unconfirmed.

11 dead in the restaurant attack

There were SIX separate attacks

People have been asked to stay indoors

French President has declared his country's borders CLOSED. Unprecedented, outside of wartime - last time this happened was during second world war.

Via Twitter, FoxNews:
French Pres. Hollande has declared a State of Emergency for all of France & has closed the borders. #Paris

Sheets have been thrown from apartment buildings to cover the dead

OBAMA has spoken: 'THIS IS AN ATTACK ON ALL OF HUMANITY’

The DFAT number for Australians concerned about loved ones in Paris: 1300 555 135

Dozens were dead as violence broke out across Paris Friday night. Multiple shootings and explosions rocked the French capital and authorities suspected the attacks were coordinated.
Dozens of hostages were taken at a Paris concert hall before authorities launched an operation. AFP and the Associated Press reported that around 100 were left dead, citing police.
French President François Hollande declared a stage of emergency and announced the country’s borders have been closed. (SOURCE: http://www.theblaze.com/stories/2015/11/13/several-reportedly-dead-after-shootout-in-paris-restaurant-as-explosions-are-heard-in-area/)
And this, from this Facebook user, a member of the public at the Bataclan venue:

An eyewitness of the Bataclan theatre shooting has just told France Info the attackers shouted "Allah Akhbar" as they opened fire. An earlier interviewee had said the same. 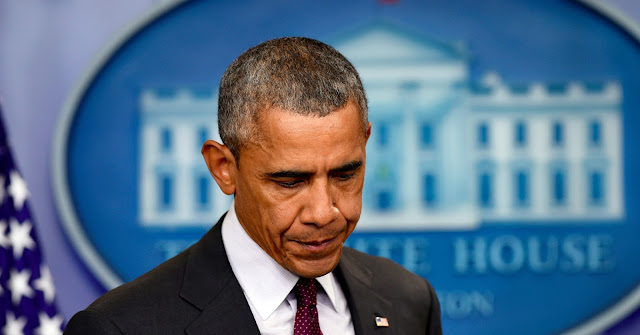 French Pres. Hollande has declared a State of Emergency for all of France & has closed the borders. #Paris pic.twitter.com/NpnQGAe1Dw
— Fox News (@FoxNews) November 13, 2015


At least 60 feared dead after wave of shootings and explosions across Paris https://t.co/Si3F6EfLNK pic.twitter.com/tO9p04iwfz
— The Sun (@TheSun) November 13, 2015


Pres. Obama on France: "We stand with them in the fight against terrorism and extremism." https://t.co/RXccDf5dJR pic.twitter.com/3vwpMV4KmI
— ABC News (@ABC) November 13, 2015

Email ThisBlogThis!Share to TwitterShare to FacebookShare to Pinterest
Labels: Everyone is talking about, News, This Just In