This is SO my kinda TV series.

It's Aussie, it's about food, it shows our darker side of Australiana - a little rude, sometimes, well, a little pissed, but definitely - generally - a bunch folks who love the cultures and foods that we have been blessed with in our country. This time, the kebab. Presenting, 'Kebab Kings', another fab SBS TV offering:

I mean, who DOESN'T love a kebab? It's the post-boozy staple. The big-ass roll of Leb-bread love which wraps up that shaved off (with that weird contraption) meat, loads of (healthy, phew) salads and cheese and tabouli, and that heavenly garlic sauce, and yeah, okay, maybe a good squirt of hot chilli sauce... it's the BOMB!

Get to know the humble kebab, meet the characters behind the counters of kebab stores across the country and discover kebabs from around the world.

And the longer version:

The humble kebab is a one thousand calorie icon of our fast food culture and late-night rite of passage, but what really goes on in the world of kebabs?
This original three-part series follows the staff and customers at two of Australia’s most popular kebab shops across three of the busiest weeks of the year leading up to Christmas.
Cameras capture what goes on behind the spit at Oz Turk in George Street Sydney, a notorious inner city strip carrying the nickname ‘The Angry Mile’, and Smith Kebabs in Melbourne’s newest hipster capital brimming with new bars and clubs, Collingwood.
Kebab Kings delves into the lives of the kebab shop owners and staff as they live the ‘Australian dream’, and explores the challenges they face when their beliefs and values come face to face with a very different culture on a daily basis.
In Melbourne, Australian-Indian Muslim couple Mustafa and wife Zareena have run Smith Kebabs for four years and have grand plans to build their business into an empire, all while juggling raising a young family. Alcohol-fuelled customers from gay clubs and hipster pubs in trendy Collingwood are often at odds with the Muslim culture of Smith Kebabs’ owners and staff.
Turkish couple Fatima and Nafi, along with their son Ufuk, have been kebab royalty of Sydney for 14 years, catering to the scores of tipsy city workers, backpackers and weekend revelers who party in the heart of Sydney’s CBD with charm and unwavering customer service.
Over a decade of 14 hour days has taken its toll and now the local legends have decided to retire, selling Oz Turk to rookie entrepreneurs and wannabe kebab kings, Syrian brothers Fadi and Rami.
The cameras in these two kebab shops capture people behaving badly, the problems with excess and human behaviour at its best. Heartwarming and poignant moments, outrageous and sometimes all too familiar late night conversations, and a whole lot of meat, Kebab Kings is a rare front-row seat to the mixing pot of Australian culture.
Follow the social media convo at: #KebabKingsSBS

What really goes on in the world of kebab shops? Kebab Kings is a three-part series that lifts the lid on the great Australian multicultural institution. Starts Wednesday 25 November, 8.30pm on SBS. 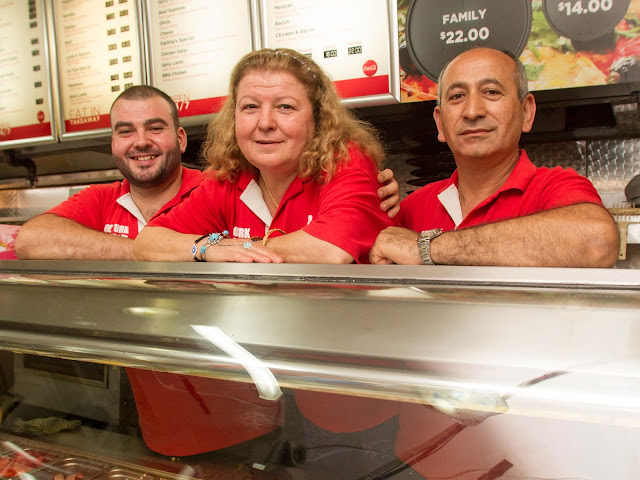 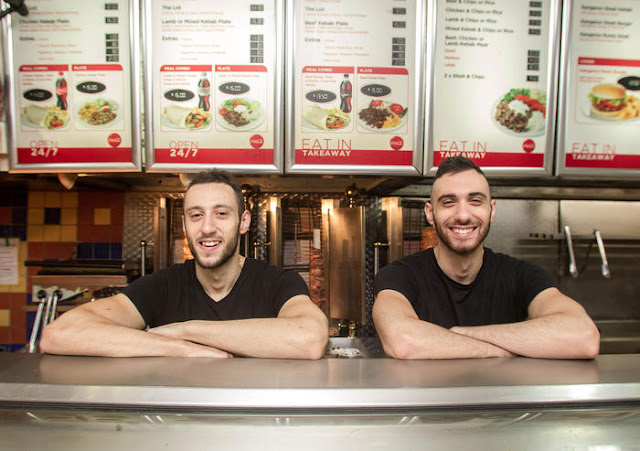 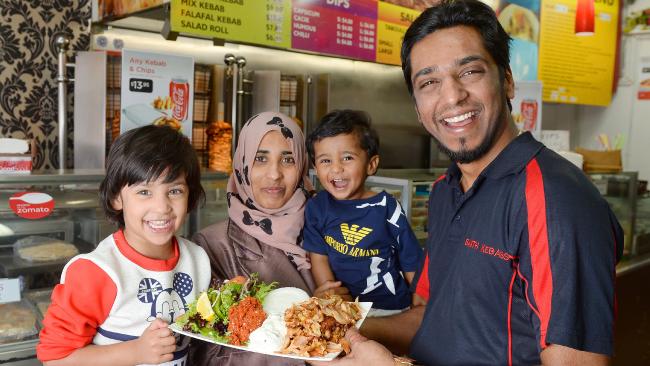 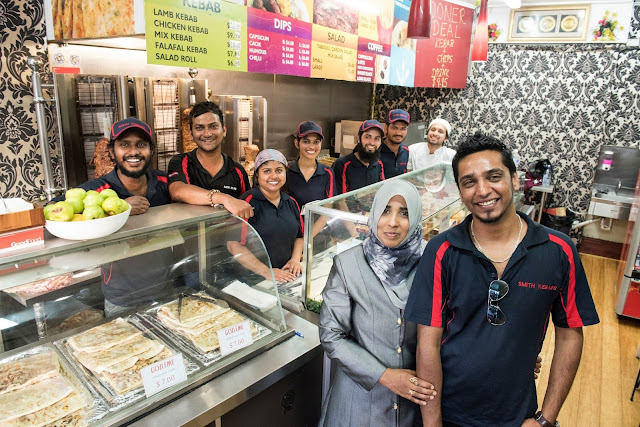 Email ThisBlogThis!Share to TwitterShare to FacebookShare to Pinterest
Labels: Australiana, Everyone is talking about, SBS TV, This Just In, Viral Videos