ago
A simple Tweet, "We stand with you, Paris."
So said Cecily Strong, cast member of Saturday Night Live, who opened the show overnight with a brief, moving tribute to the city of Paris.

“Paris is the city of lights,” she said. “And here in New York City, we know that light will never go out. Our love and support is with everyone there tonight. We stand with you.”
She then recited those words again — in French.
And then, she said the trademark words, the line that opens the show every week: “And now, live from New York, it’s Saturday Night.”
The gesture from NBC’s long running show came a day after a series of terrorist attacks which left at least 129 dead and more than 350 wounded across Paris.
See the video here: 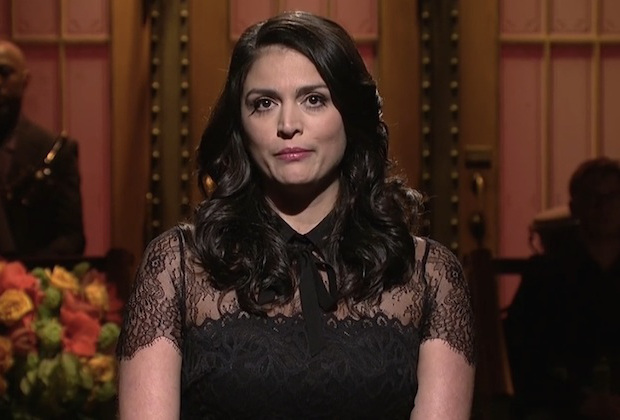 Email ThisBlogThis!Share to TwitterShare to FacebookShare to Pinterest
Labels: Americana, Everyone is talking about, Hope, Sad, Saturday Night Live, This Just In, Viral Videos