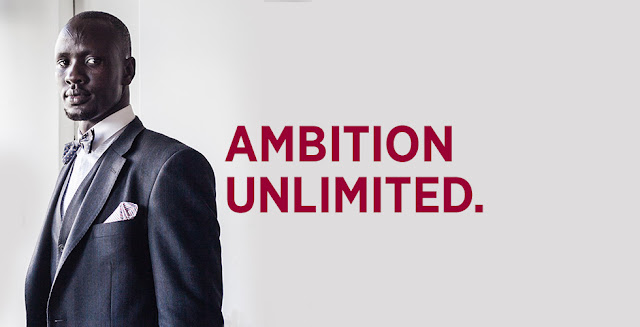 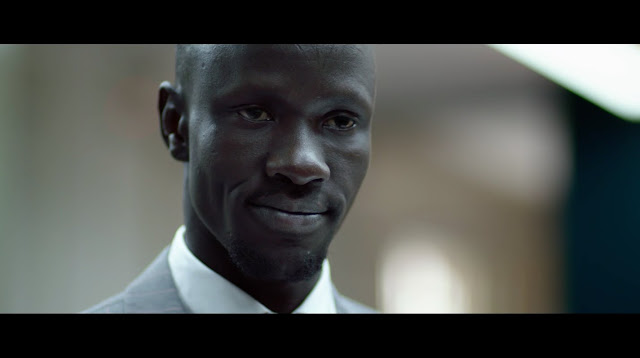 Have you seen this ad?

It's probably the most moving ad I have EVER seen. I've been wanting to post it for weeks... it is nothing short of emotional, beautiful, and best of all: it's real. A real life story of how a person can change the course of their destiny, given the right set of opportunities.

Watch, then read on for more of the back story:

I am a graduate of UWS, Nepean (the Werrington campus - in fact, my year and my degree [Bachelor of Arts, Applied Communication Studies] had the very FIRST lecture there, in 1990!).

This ad moves and inspires me because the story is so 'triumph over adversity', and, in the area I live, there is a large Sudanese population, the very area Deng was nurtured in. How wonderful is his story!

Here, we believe in a future that is unlimited for our students and the communities we are engaged with – both in Western Sydney and across the globe.
With a bold new vision and brand positioning, we are reaffirming our place as a world-class university with international reach, a reputation for academic excellence, and a track record in delivering impact-driven research.
From our unique geographical position in Australia's third largest and fastest growing economy, we are uniquely placed to help our students, staff and the communities we engage with, tap into a global perspective and unlimited opportunity.
In 2014, we were ranked among the top two per cent of universities in the world by the prestigious Times Higher Education World University Rankings. Since then we have continued to strengthen our international profile for academic excellence and research standing. As an integral part of Western Sydney and the global community, we continue to focus on changing lives and absolute commitment to excellence.
Says the site about the HUGELY inspiring Deng Thiak Adut:

In 1985, the Sudanese government began destroying villages eventually leading to the rise of the People's Liberation Army. Two years later, six-year old Deng Thiak Adut was taken away from his family's banana farm in South Sudan and conscripted into the Army. After undergoing military training, several years of army service and witnessing numerous atrocities, Deng was still a boy when he was shot in the back while running through a village.

A further two years later, a chance meeting led to Deng reuniting with his brother who helped smuggle him out of the country by hiding him in a corn sack on the back of a truck. The two brothers befriended an Australian family and eventually arrived as refugees in 1998. After working at a local service station to learn English, Deng enrolled at TAFE and completed his Advanced Diploma in Accounting before deciding to study law. In 2005 he enrolled in a Bachelor of Laws at Western Sydney University and became the first person in his family to graduate with a law degree.

Deng now works as a lawyer in Blacktown, where he is determined to ensure that other Sudanese refugees have the legal advice and support they need before entering the court system.

By the way, the song is:

Email ThisBlogThis!Share to TwitterShare to FacebookShare to Pinterest
Labels: Advertisements, Australiana, Everyone is talking about, Hope, This Just In, TV