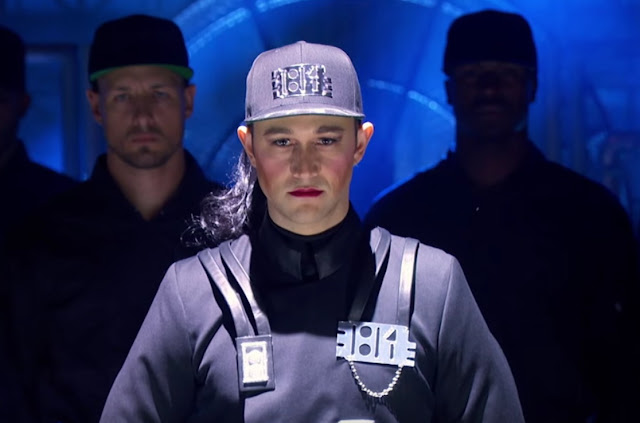 Anthony Mackie and Joseph Gordon-Levitt, two of the stars of the upcoming comedy The Night Before, KILLED it on Spike TV's 'Lip Sync Battle', taking on two dance-pop classics.

Mackie performing the 1991 hit, "2 Legit 2 Quit", Gordon-Levitt, who took on Janet Jackson's "Rhythm Nation" and knocked that out of the ballpark:

And here is the original, by Janet Jackson:

Email ThisBlogThis!Share to TwitterShare to FacebookShare to Pinterest
Labels: Americana, Everyone is talking about, Fun Stuff, Humour, Music, This Just In, Viral Videos