Prince: Cause Of Death + Celebrities React

Prince has died, age 57, and of course immediately focus turned to the cause of death. 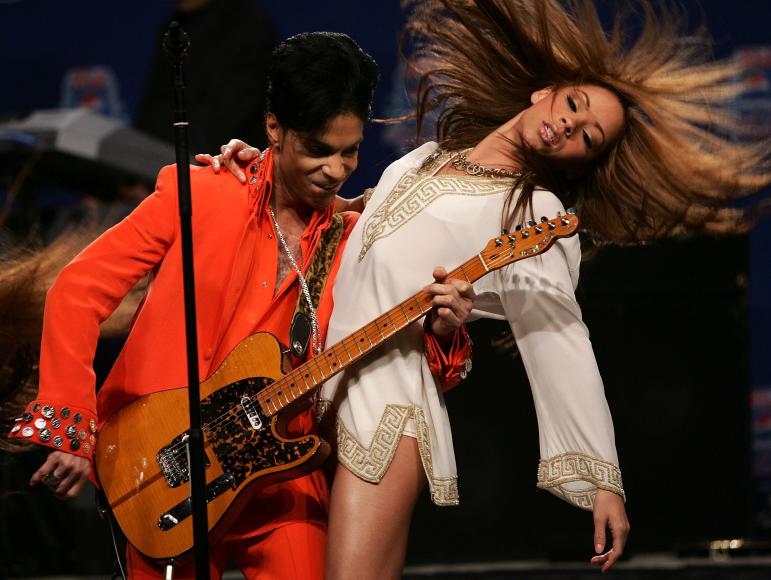 Prince's body was discovered at his Paisley Park home in Minnesota early Thursday morning.
TMZ obtained the emergency dispatch call for a "male down, not breathing

Here is the emergency audio:

And here, the latest updates:

Medical examiners have received Prince's body and plan to perform a post-mortem examination at some stage today. However, it could be days before they have preliminary findings, and weeks for toxicology results.

Last week, Prince was unwell and rushed to hospital. That report is here.

But multiple sources told TMZ he was treated for a drug overdose six days before his death.

The next day, Prince appeared at a concert to assure his fans he was okay. His reps told TMZ he was battling the flu.

At the show, Prince prophetically told the crowd, "Wait a few days before you waste any prayers."


Prior to his most recent appearance though Prince had cancelled two shows due to health concerns.
TMZ broke the story; Prince's private jet made an emergency landing in Moline, Illinois last Friday, hours after he performed in Atlanta. At the time his reps said he was battling the flu - which is something TMZ questioned because his plane was only 48 minutes from home before the unscheduled landing.
TMZ continues:
Multiple sources in Moline tell us, Prince was rushed to a hospital and doctors gave him a "save shot" ... typically administered to counteract the effects of an opiate.
Our sources further say doctors advised Prince to stay in the hospital for 24 hours. His people demanded a private room, and when they were told that wasn't possible ... Prince and co. decided to bail. The singer was released 3 hours after arriving and flew home.
We're told when Prince left he "was not doing well."
We know authorities in Minnesota are trying to get the hospital records from Moline to help determine cause of death.
We have made more than a dozen attempts to reach Prince's reps for comment, but they went radio silent.

Today we lost a true artist. Thank you #Prince for all the music you put into this world. #RIP pic.twitter.com/4yZ6Cb5hMb
— Reese Witherspoon (@RWitherspoon) April 21, 2016

Genius, legend, inspiration, friend.
The world will miss you.
I'll never get over it. pic.twitter.com/RXIZdfGNPw
— Mariah Carey (@MariahCarey) April 21, 2016

Genius, legend, inspiration, friend.
The world will miss you.
I'll never get over it. pic.twitter.com/RXIZdfGNPw
— Mariah Carey (@MariahCarey) April 21, 2016

I LOVED him, the world LOVED him. Now he's at peace with his Father. Rest in power, @prince, my brother. pic.twitter.com/ZN6cc3WWuF
— Chaka Khan (@ChakaKhan) April 21, 2016

I am so saddened to hear of Prince's passing. Prince was a revolutionary artist, a wonderful musician and composer. 1/3
— Mick Jagger (@MickJagger) April 21, 2016

Prince was brilliant and larger than life. What a sad day.
— Ellen DeGeneres (@TheEllenShow) April 21, 2016