Prince is gone, but his legacy lives on. HIS SONGS. Genius, all. 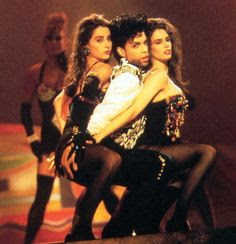 Some of his greatest, his most controversial, his most popular, and the ones that pushed the envelope the most:


Prince racked up seven Grammys during his career. He also performed at the Super Bowl in 2007, in one of the greatest live performances of all time. See below.

He also sold more than 100 million records during his career, and won the Academy Award for Best Original Song Score for Purple Rain in 1985.
And then, these: