Entertainer, producer and reality television star David Gest has died in a London hotel aged 62, a statement from his friend says.

Gest, who is a former husband of singer Liza Minnelli, died at the Four Seasons hotel in Canary Wharf.

He was perhaps best known for his marriage to Minnelli. They were married in 2002 and officially divorced in 2007. He was also a childhood friend of Jackson and his brother Tito. 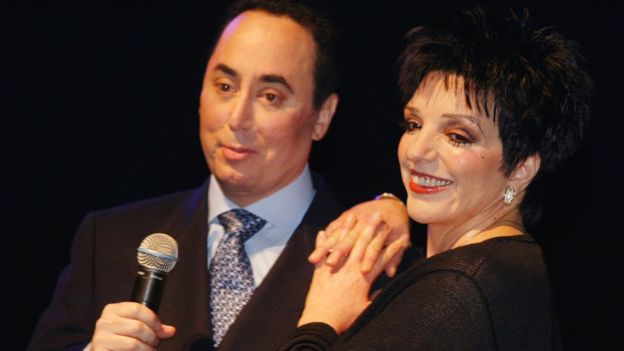 His friend and ex-bodyguard Imad Handi confirmed the news in a statement.
Gest was also best known in the UK for his appearances on I'm A Celebrity... Get Me Out Of Here! and Celebrity Big Brother.
Read more here.

Here, the YouTube clip, which was eerily posted a day before his death:


David Gest's Best Moment's In The Jungle | I'm A Celebrity...Get Me Out Of Here!

Email ThisBlogThis!Share to TwitterShare to FacebookShare to Pinterest
Labels: Celebrities, RIP, This Just In