For the past hour, social media has been abuzz with something happening at Buckingham Palace, on the back at urgent meeting called at 3.20am local London time.

Speculation is that Queen Elizabeth or her husband Prince Phillip, the Duke of Edinburgh, has died.

Nothing at all, no statements, have been made and nothing has been confirmed, nor the nature of the meeting.

It is, however, highly unusual for a meeting to be called at this hour.

The flag at Buckingham Palace is currently NOT at half mast, despite what you might be reading.


Social media has of course erupted into a wild panic with many giving their theories about the announcement, from abdication to death at the Palace.
The Mirror reports that even the most trusted of staff have been left in the cold as to what the meeting will be about.
“Although meetings involving the entire royal household are occasionally called, the way this has been done at the eleventh hour is highly unusual and suggests that there is something major to be disseminated,” Mail Online reported.
Buckingham Palace has - at this point - declined to comment.
The Queen has just returned to Buckingham Palace from an extended visit to Windsor over Easter.
Prince Philip was seen yesterday when he opened the new Warner Stand at Lord’s Cricket Ground on Wednesday.
More to come... 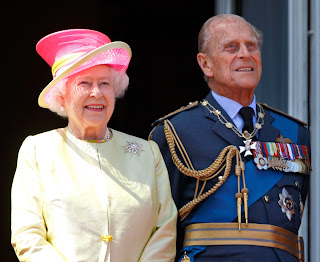