In news just in, an arrest has been made in connection with the Ariana Grande concert bombing, which killed 22 (updated from 19 people)

And, the Queen  has spoken of her shock. In a statement, she also thanked the emergency services and expressed admiration for the response of people in Manchester.

"The whole nation has been shocked by the death and injury in Manchester last night of so many people, adults and children, who had just been enjoying a concert.

I know I speak for everyone in expressing my deepest sympathy to all who have been affected by this dreadful event and especially to the families and friends of those who have died or were injured.

I want to thank all the members of the emergency services who have responded with such professionalism and care.

And I would like to express my admiration for the way the people of Manchester have responded, with humanity and compassion, to this act of barbarity."

Sadly, the first victim of the attack has been named as Georgina Callander, 18.

She was an Ariana Grande "superfan" from Lancashire who met her idol in 2015 and was excited to see her on stage last night. 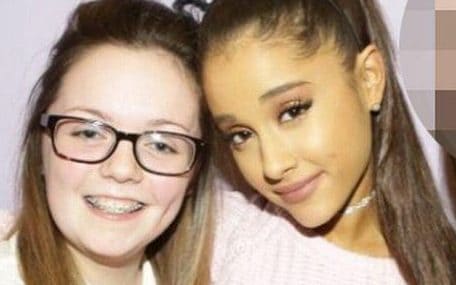 Runshaw College, where Callander was a student, released a statement, saying: “It is with enormous sadness that it appears that one of the people who lost their lives in Monday’s Manchester attack was one of our students here at Runshaw College."


An eight-year-old girl, Saffie Rose Roussos, was also confirmed as a fatality after beaming separated from her mother and sister. 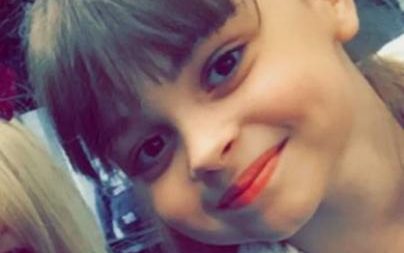 With regards to last night’s incident at the Manchester arena, we can confirm we have arrested a 23-year-old man in South Manchester.
— G M Police (@gmpolice) May 23, 2017


UK Prime Minister Theresa May has released a statement also. 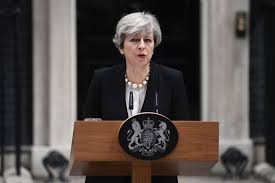 This, taken from The Guardian.

She has condemned the attack in the strongest terms possible, saying that it stood out for its “appalling, sickening cowardice”.

"It is now beyond doubt that the people of Manchester and of this country have fallen victim to a callous terrorist attack, an attack that targeted some of the youngest people in our society, with cold calculation.

This was among the worst terrorist incidents we have ever experienced in the United Kingdom. And, although it is not the first time Manchester has suffered in this way, it is the worst attack the city has experienced and the worst ever to hit the north of England ...

The explosion coincided with the conclusion of a pop concert, which was attended by many young families and groups of children.

All acts of terrorism are cowardly attacks on innocent people but this attacks stands out for its appalling, sickening cowardice, deliberately targeting innocent, defenceless children and young people who should have been enjoying one of the most memorable nights of their lives …

We struggle to comprehend the warped and twisted mind that sees a room packed with young children not as a scene to cherish but as an opportunity for carnage.

She said terrorists would never win and the spirit of Manchester and Britain would not be broken. Concluding her statement, she said:

At terrible moments like these it is customary for leaders, politicians and others to condemn the perpetrators and declare that the terrorists will not win. But the fact that we have been here before, and the fact that we need to say this again, does not make it any less true. For, as so often while we experience the worst of humanity in Manchester last night, we also saw the best.

The cowardice of the attacker met the bravery of the emergency services and the people of Manchester. The attempt to divide us met countless acts of kindness that brought people closer together. And in the days ahead those must be the things we remember.

The images we hold in our minds should not be those of senseless slaughter, but the ordinary men and women who put concerns about their own safety to one side and rushed to help, of the men and women of the emergency services who worked tirelessly to bring comfort, to help and to save lives, of the messages of solidarity and hope of all those who opened their homes to the victims. For they are the images that embody the spirit of Manchester and the spirit of Britain, a spirit that through years of conflict and terrorism has never been broken and will never be broken.

There will be difficult days ahead. We offer our thoughts and prayers to the family and friends of those affected, we offer our full support to the authorities, to the emergency and security services as they go about their workand we all, every single one of us, stand with the people of Manchester at this terrible time. And today, let us remember those who died and let us celebrate those who helped, safe in the knowledge that the terrorists will never win and our country, our values and our way of life will always prevail.


We know that among those killed and injured were many children and young people.

She said police thought the attack had been carried out by one man but that they wanted to establish if he was working alone, or if he was part of a wider group. It would take some time to establish the facts, she said.

She said police and the security services thought they knew the identity of the attacker, but that at this stage they could not confirm his name.

She praised the emergency services for their work last night. About 400 police officers were involved in the operation, she said.

"And many paramedics, doctors, and nurses have worked valiantly amid traumatic and terrible scenes to save lives and care for the wounded."

May said the police and the security services would get all the resources they needed for the investigation, and said the UK threat level remains at “severe”, meaning a terrorist attack is highly likely, and that it would continue to be assessed.

May said there was a large cordon around Manchester Arena and Victoria station, which would remain in place for some time, and confirmed she would be going to Manchester to meet the chief constable, the mayor and the emergency services.

May said she would chair another Cobra meeting later today.
Posted by Josie at 21:50

Email ThisBlogThis!Share to TwitterShare to FacebookShare to Pinterest
Labels: Americana, Concerts, Controversy, Everyone is talking about, Music, This Just In, UK