Reality TV: how much is too much? Russell Armstrong's sad death. 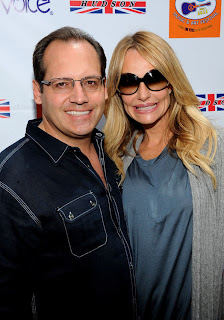 With the news overnight that Russell Armstrong - estranged husband of Taylor Armstrong from The Real Housewives of Beverly Hills - was found dead at his home, myriad questions are raised about the 'reality' of reality TV shows.

And read more of the story here:

The interesting part of this reality phenomenon (the "Real Housewives" franchise launched in 2006, following five women living in Orange County, and has since spawned spin off shows in New Jersey, New York City and Atlanta) is that the appeal is around watching these women lead apparently fulfilled, opulent, often OTT lives.

The real reality of these reality shows is that at least six "Housewives" have instigated divorce proceedings since being on various versions of the shows, and around the same number have filed for bankruptcy since filming started.

It all begs the question: how much of the show is staged (nooo, impossible!) to suit the template of the show's [affluent] premise. And is it all a little too much, in every respect?
Posted by Josie at 14:39