The new movie called 'Mental' by PJ Hogan ['Muriel's Wedding'] sees the reuniting of the renowned director with Toni Collette, who of course made her mark on screen as Muriel/Mariel.

It also stars Rebecca Gibney, Anthony LaPaglia and some fantastic Aussie accents [including one that is nailed by US actor Liev Schreiber - partner of Naomi Watts].

On face value, it looks like it pokes fun at mental illness, but delve deeper and in fact it's a part autobiographical flick for PJ Hogan, with several characters based on his family and friends.

"These are people that I knew very well and I loved or was driven mad by," he said on the SBS website.

Set in rural Queensland, the film shows a family in crisis when a busy politician father [shades of Muriel's Bill Heslop] admits his stressed-out wife to a mental hospital. Unable to cope with his five girls, he picks up a hitchhiker [Toni Collette] to be their nanny.

It's got 'Aussie' all over it, and that was PJ's intention: "I made it totally for Australians. I've worked a very long time in the US and I felt I was losing my voice.

"I really do believe that as Australian filmmakers we have to stop looking to overseas to approve of us.

Gibney plays an overweight, over-worked mother falling apart [hello, that's reality, not some air-brushed, Hollywood version of it], and says the role was the most challenging of her career.

"It's The Sound Of Music on acid."

She said 'Mental' was "unashamedly Australian".

"There's been some criticism - is it too Australian? Well, not for Australian audiences. I think Australians are going to love it because it seriously is a very Australian film, but it's also got great heart."

Toni Collette is in the perfect role, given her 'United States of Tara' multiple personality pedigree, as a woman who aims to transform a family when she becomes their nanny. Watch the trailer here: 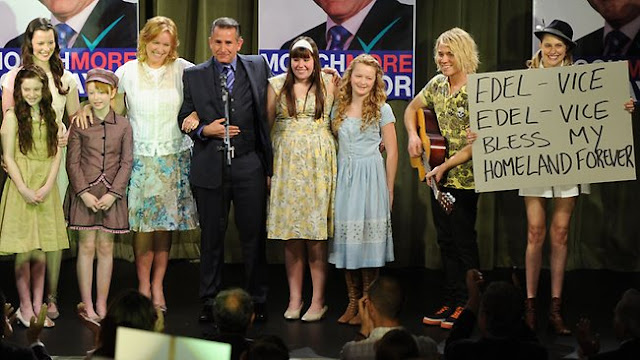