Celeb news: so, it really is true!

Ryan Reynolds and Blake Lively married over the weekend. 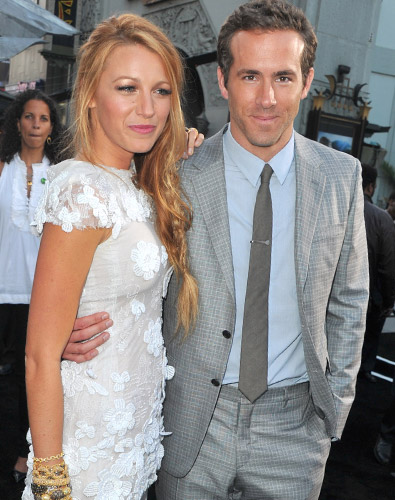 Ryan Reynolds, 35, and Blake Lively, 25, got married at Boone Hall Plantation in Mt. Pleasant, just outside of Charleston, USA, E! News has confirmed.

A source tells E! News that the guests included close friends only, but also some "Hollywood types", including Blake's manager.
The couple were co-stars in 'The Green Lantern' and their relationship first went public less than a year ago when they were spotted together.
This is the second trip down the aisle for Reynolds, who married Scarlett Johansson in 2008, with the couple divorcing two years later, citing the ol' chestnut "irreconcilable differences".
Lively previously dated Leonardo DiCaprio and her 'Gossip Girl' co-star Penn Badgley.

For more, see: http://au.eonline.com/news/344448/ryan-reynolds-and-blake-lively-get-married-in-secret-ceremony
Posted by Josie at 23:11