You can't deny Nonna Paola is huge… since she hit the social media landscape only a few weeks ago (eight weeks ago, to be exact, reveals her son Greg) she has made such a huge impact and now several media outlets are interviewing her (see her Today show interview right here and her now-famous Siri video right here).

But who has taken the time to interview the man behind it all, Nonna Paola's son and official videographer (on his sneaky iPhone, placed on a vase, he reveals) Greg Lachimia… we have!

Josie's Juice spoke to Greg today, hot on the heels of his latest Nonna Paola video: where she reads out loud an excerpt of the hottest book around (again!) 'Fifty Shades of Grey' (see it below). Here's Nonna and Greg: 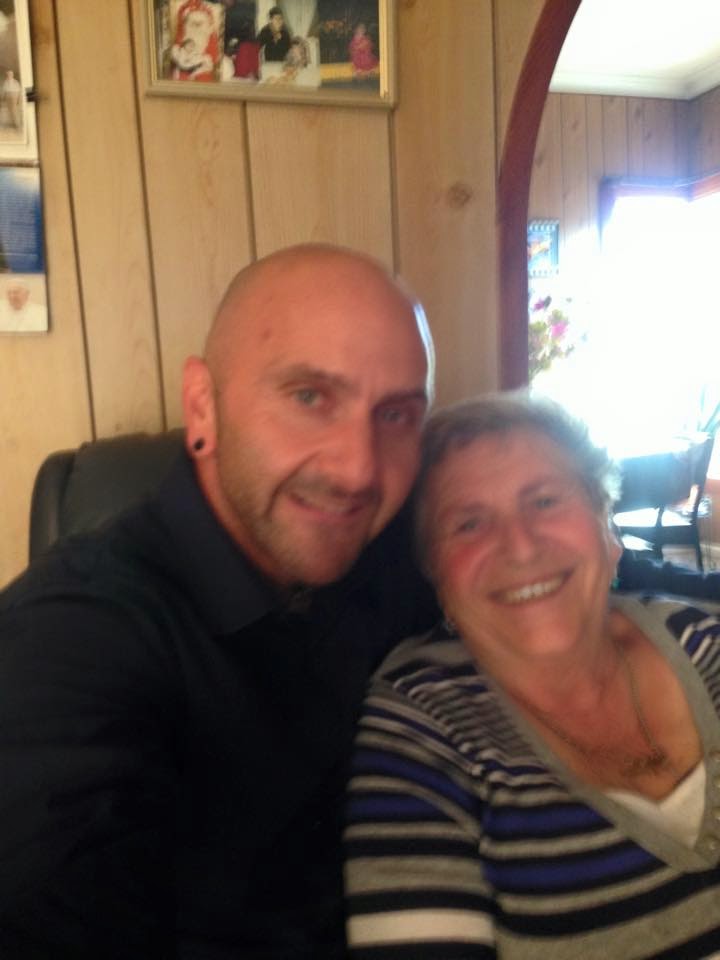 Here's the video first, then scroll down for our exclusive chat with him:

UPDATED: The Nonna Paola 'Fifty Shades of Grey' video has been taken off the internet… for now. Stay tuned for an upload elsewhere soon.

Greg Lachimia spoke to Josie's Juice about the new video above, and the reactions so far:

"Some of the people who watched the video are of a different mindset – it doesn’t kinda cut it with them. It might be a bit much," says Greg of the sometimes raunchy words he makes Nonna read out loud, excerpts from the book.

"Everyone is reviewing the ['Fifty Shades Of Grey'] book right now, since the movie came out, so I thought, why not get Nonna to read it!" adds Greg.

"The positive comments on that video last night outweigh the negative," adds Greg.

I can't imagine any negativity around hearing Nonna attempting to talk sexy. It's bloody hysterical.

Whatever Nonna Paola does is hilarious, whatever the subject matter. The charm comes from being oblivious to the camera recording. Or, knowing it's there, forgetting about it, and going hard, saying whatever the hell she wants to say. And this is what Nonna does in spades. You kind of wind her up and watch her go, in every sense of the word.

The best part? When she drops some 'f bombs', Italian-style. (Any 'va fanculo' has us all in stitches). And when she goes off in Calabrese dialect, giving him a piece of her mind - it's too good.

"Yes, she is a natural," says Greg. "She knows now a little that I am recording her, but that's not what she's thinking about when it's rolling. She's just answering my questions and having conversations with me. That's why it's all so natural and very funny."

So, how is Greg handling all this attention he is getting?

"It has been full on, I'll admit. But it's also lots of fun right now."

Greg, 44, works in the crash repair industry, and has a girlfriend - I'd asked Greg if he gets offers of dates with new admirers, but he says he is dating and she is firmly out of the scene, and he remains "very loyal to her."

Surely, I ask, the fact that he now has to field interest from media has made managing his job a little trickier?

"It is pretty hard to manage it all right now," admits Greg with a laugh.

Greg reveals that, while Nonna Paola, 78, looks feisty and is definitely funny, the kind-hearted grandmother also has a very soft side.

"Mum is just a pensioner, but she she spends money out of her pocket to catch public transport to go and visit the elderly in nursing homes," reveals Greg.

So, while Nonna Paola (famous for scolding her just-as-cheeky grandson Mitchell, 12, in his attempts to convince he's getting tattoos and piercings - see that famous video here) is a newly emerged internet sensation, she remains steadfast in her commitments to her beloved nursing homes and their residents.

Greg is also Nonna Paola's neighbour, and while the two sometimes (often!) don't see eye to eye, and he is an expert in riling her up in such a fashion that it's strangely addictive viewing and a joy to watch, it's clear there is lots of love between the two. And we are hooked - millions of video views can't be wrong.

So what's next for the unlikely comedy duo?

"As for the future and what it holds, I don’t know. I don't know where all this is going to go – I have work and life commitments, and taking videos takes time and a part of my day and my mum's day, but we love it. We'll keep going."
Posted by Josie at 17:00

Email ThisBlogThis!Share to TwitterShare to FacebookShare to Pinterest
Labels: Australiana, Comedy, Everyone is talking about, Fun Stuff, Italophile, This Just In