In news just in, Ellen DeGeneres has postponed her much-talked about trip to Australia.

DeGeneres has been tweeting about her illness from LA all week, which led to speculation she would postpone her trip. (But not for long! Read on...)"Trying to get over a bug before I go to Australia. Nobody wants to be down under the weather," she wrote.

Ellen DeGeneres ‏@TheEllenShow
Between my humidifier & Portia making me tea non-stop, there's so much steam coming from our house people think we picked the new Pope.


In a statement just in from Warner Bros:

“The Ellen DeGeneres Show will delay its arrival into Australia by a few days while Ellen recovers from the flu.

Ellen will meet her fans in Sydney later next week, and will then head to Melbourne. More announcements about the trip will be made in coming days."

For more, go here and here. 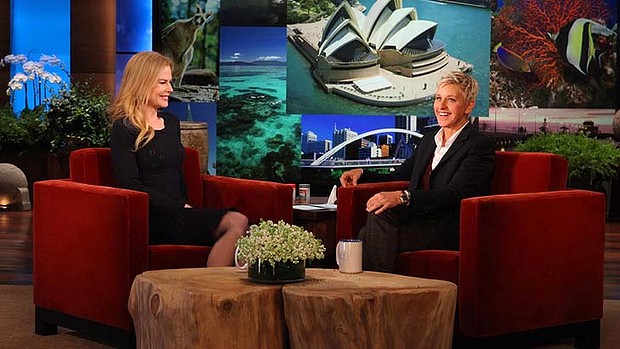 Are you excited about Ellen's Australian trip?

When she does arrive, we hope she'll be seeing lots of this... 'koaling':