Oldies have sex, y'know! Oh stop cringing... where do you think YOU came from?

On a serious note, the stellar SBS TV program 'Insight' this week places the spotlight on the topic of sex - amongst our older citizens. Here is a preview clip:

And here is a video for the American 'Safe Sex for Seniors' ad campaign:


Australians are living longer than ever before - and it seems they’re clearly making the most of it. There has been an explosion in the number of older Australians using online dating sites, and along with this, they have easy access to virility and hormonal drugs if they need some extra help.

But there are downsides. Older Aussies have a comparatively low knowledge of safe sex practices. Think about it: they grew up at a time when the norm was to marry their first sexual partner. They never had sex education in school. Being past their reproductive years, many aren’t insisting on condom use. And so, as a result, rates of sexually transmitted infections amongst older Australians are rising faster than in any other age group.

Host Jenny Brockie also looks at the challenges of having a sex life when living in a nursing home. Aged care workers say some nursing homes are in denial about their residents’ sexual needs and many don’t provide double beds. Some family members are even calling in professional sex workers for their elderly relatives to meet their needs.

Guests for this week's show include:

Joy and George Kimpton
Joy Kimpton and her husband George met online when they were in their seventies. Shortly afterwards, George invited Joy to travel to Tahiti with him and they eventually married. They say their intimacy is important to them, but their adult children haven’t quite come to terms with their relationship.

Here is a preview clip of Joy and George:


Anita Pitt-Owen
Anita organised a sex worker for her 93-year-old father Andrew. He was living in aged care with dementia and he asked Anita to help him find someone to be intimate with. Anita contacted Touching Base, an organisation specialising in sexual services for the elderly and disabled.

Kikis and Froso Eftimiou
Until recently, Kikis Eftimiou and his wife Froso helped run a hostel for elderly Greek people in their community. Kikis says that they wouldn’t encourage hostel residents to engage in sex, but they didn’t mind some displays of affection. He says the Greek community isn’t ready for sex workers in nursing homes.

Doreen Wendt-Weir
Doreen, 84, is the author of Sex in Your Seventies. Her adult children have at times felt embarrassed about the book and about Doreen’s openness about sex. Doreen says sex in her 70s was the best she ever had thanks to chemistry between her and her partner.

Here is a clip featuring Doreen:

Julie Bajic
Julie is a psychologist who works with nursing homes in Sydney. Julie says she gets referrals for residents experiencing depression and anxiety when the issue is actually about sexuality. She says intimacy and touch will improve mental health rather than prescribed medications.

This week's 'Insight' will be unmissable. Will you be tuning in?

'Insight' is hosted by Jenny Brockie, and airs every Tuesday at 8.30pm on SBS ONE. 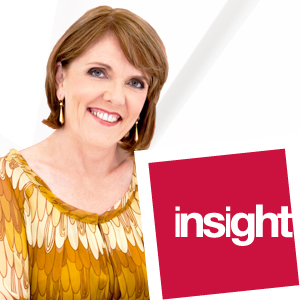