Kimora Lee Simmons is a force you can't ignore.

So, she kinda towers over... well, anyone [scroll down for a fab photo of Kimora and I post-interview...].

Here she is, larger than life: 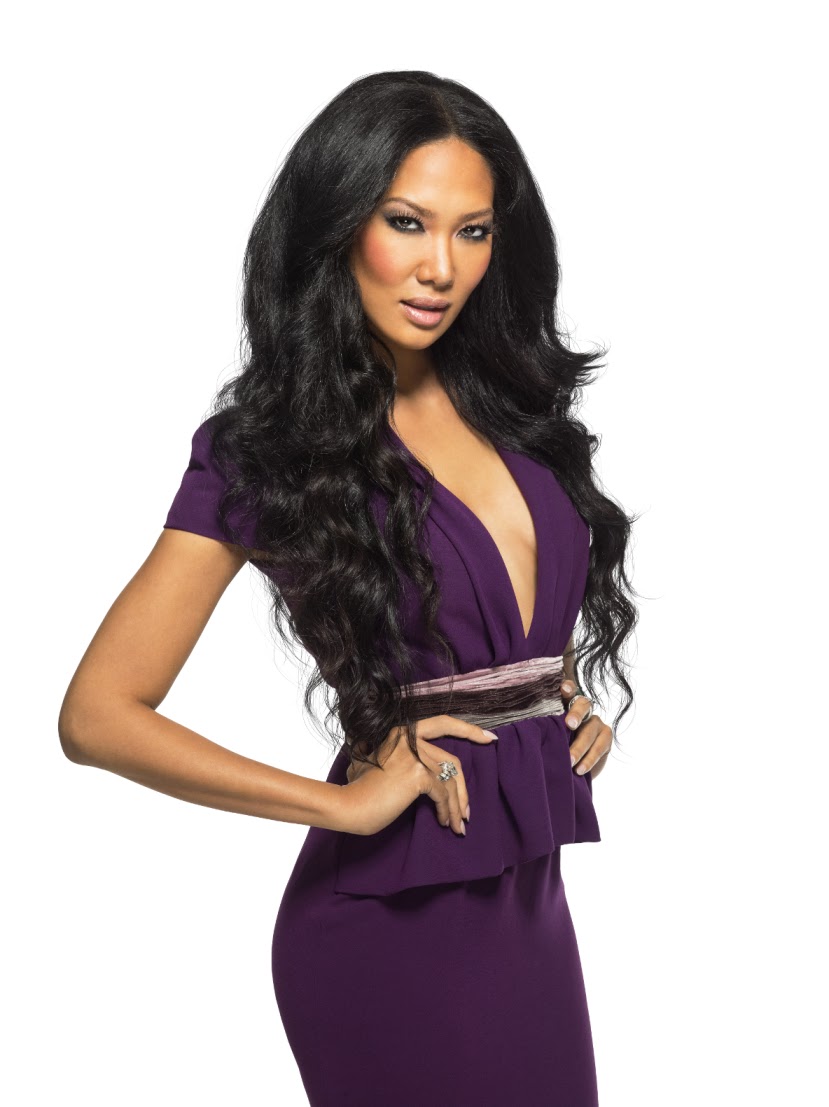 Kimora came to Australia last week to promote her new show on the Style Network, called 'Kimora: House of FAB.'

The series is different from her previous one 'Kimora: Life in the Fab Lane', which screened in Australia and all around the world.

In the new series - 'Kimora: House of Fab' which airs Mondays at 8.30pm on Style [on Foxtel], starting tonight - viewers are given a glimpse into the high-tech world of Kimora’s fashion dot-com, 'JustFab', and her equally fab employees.


Kimora is a model, mogul, mum, author, philanthropist and media personality, who's become one of the most dynamic and influential businesswomen in fashion and entertainment for the past two decades. By age 13, the St. Louis [USA] native and young model was discovered and whisked away to Paris where she signed an exclusive contract with Chanel.

Karl Lagerfeld declared her his muse and deemed her the "Face of the 21st Century." In addition to modelling for the French fashion house, Kimora has also walked the runways of Christian Dior, Roberto Cavalli and Yves Saint Laurent.

She's been photographed by the world's most celebrated photographers, including Steven Meisel, Annie Liebovitz, Mario Testino and Peter Lindbergh, for the covers of such magazines as Vogue, Elle and Harper's Bazaar. Building on her dynamic fashion experience, Kimora has spent the past 16 years cultivating an international staple of iconic, successful brands including fashion, accessories, fragrance and beauty.

I sat down with Kimora at the Sheraton on the Park in Sydney and after we complimented each other on our outfits [Kimora loved the rose gold watch I was wearing... I adore everything about her sexy get-up], she gave me the lowdown on the news series.

"The response to the new series [in the US; they are up to ep 3] has been great. People love their fashion; I think it’s important for me to show the many different personalities and jobs that go into making the whole thing work. I think it’s a very interesting concept but also it’s very inclusive of everyone. So I think anyone can see themselves in it, and be inspired, be entertained. It’s a fashion business, so it’s the business of fashion, and the fashion of business; plus, it’s a tech company, and we’re a self-contained studio, so we shoot commercials and we do photo shoots and editing and our models are there. We have, like 30,000 or so square feet of space so it’s really a fantastic operation, and it centres around shoes. Shoes, bags, accessories, denim, dresses but it’s primarily shoes. It’s a shoe castle!"

"I want people to watch and tell me what they think. I’m not going anywhere. But I think shows and life and businesses and families – things take their evolution and so I have no problem with someone saying, “Oh we want to see that again, or we want to see more of the kids!” Because the kids are not in this series, and we’re not so much in my house… this is a whole other thing. Things are not set in stone though, and things change and can go back and forth. I have been at the network for eight years, so… we want people to tell us! It's not like it’s a bad thing. We want to show it all! It’s edgy and fun and it gives you great fashion… it’s like an exhilarating journey for people to watch the whole process.”

"Yes, and I have lots of different brands. My biggest one – my original one, was Baby Phat. At its high point it was a billion dollar brand. It speaks to people in fashion and what they like and what they don’t, which is accessibility… even though some people try to be snooty about it and say fashion should not be that way, I think it should be… but to each his own. This is just my little formula because I don’t make a $5000 pair of jeans, but I have had the privilege of being in the industry so I have worn those jeans, I was there when they made the jeans, I can tell you that those jeans are fantastic, but it’s  not really necessary… and I know how to make it better, I know what I loved about it, what I didn’t, so I have different view point and I’ve done that since I was ten years old."

What I adored most of all was Kimora's take on parenting... but that's a whole other post. Stay tuned...

In the meantime, tune into 'Kimora: House of Fab' which starts tonight and airs Mondays at 8.30pm on Style [on Foxtel in Australia].

Here's Kimora and I! 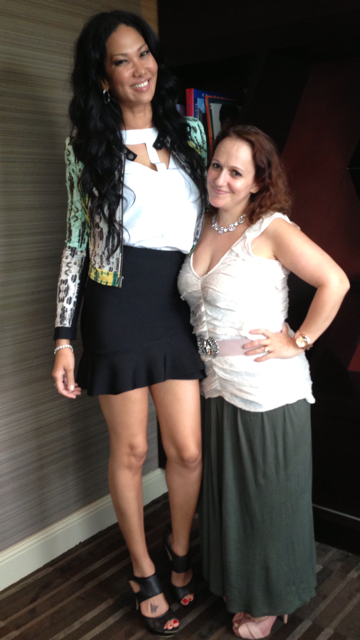