More details have emerged today on the #VSFashionShow - as the women jet into London for the parade… the first time ever there. 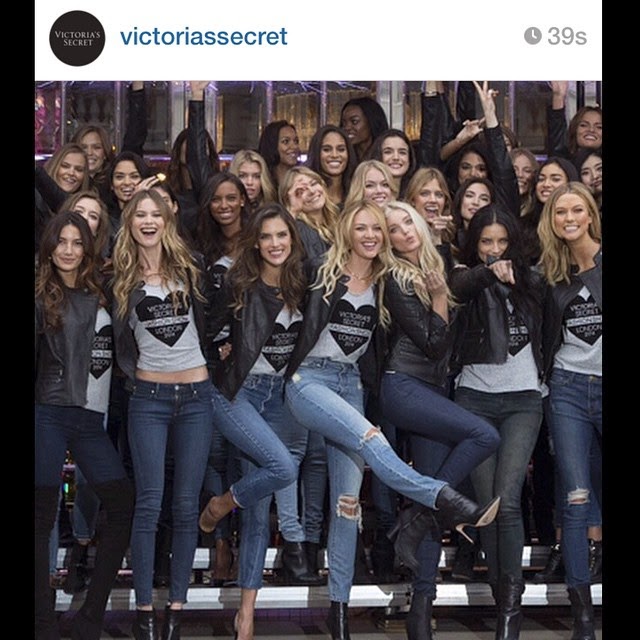 The countdown is on to the 19th annual VICTORIA’S SECRET FASHION SHOW, and Foxtel has confirmed it will be airing the world’s most celebrated fashion parade Express on Thursday December 11 at 7.30pm, exclusively on FOX8.

Other models confirmed to appear in the show include Lily Donaldson, Jordan Dunn, Elsa Hosk, Monika Jagaciak, Kelly Gale and Aussie model Shanina Shaik, who is preparing for her third appearance in the annual parade.

Seen in over 200 countries including Australia on FOX8, the 2014 VICTORIA’S SECRET FASHION SHOW will include musical performances by Taylor Swift, Ed Sheeran, Ariana Grande and Hozier as they rock the runway alongside the Angels in London.

The one-hour special will also feature pink carpet interviews, model profiles and a behind-the-scenes look at the making of this runway extravaganza that merges fashion, fantasy and entertainment.

This year’s parade is set to be as glamorous and playful as ever, with costume themes including “Gilded Angels”, “Exotic Traveller”, “Angel Ball”, “Dream Girl”, “University of Pink”, and “Fairy Tale”. This last category will see Lily Donaldson in a jewel-encrusted, purple-winged fairy ensemble comprised of 150,000 Swarovski crystals.

In another first for the show, this year will see not one but two fantasy bras on display, with Adriana Lima and Alessandra Ambrosio both doing the honours. Designed by Mouawad Jewellers, each bra is worth US$2 million.

The 2014 VICTORIA’S SECRET FASHION SHOW will be filmed at Earls Court in London on December 2.  The worldwide premiere will take place on the CBS Network in the US on December 9, and will be aired in Australia Express from the US on Thursday December 11 at 7.30pm exclusively on FOX8.
Posted by Josie at 23:38