Were you as obsessed with season two of Channel Ten's hit show 'Recipe to Riches' as I was? Did you trial each week's winning product at least once, probably twice (maybe even buying it again when you saw it the week after?).

Okay, good. You're in good company. While Josie's Juice followed each week's winner via Instagram posts (we were thrilled to be mentioned - as the Insragram name @josiegags - as the first passionate Instagrammer who followed each weeks wins on the show's finale last night - which you can watch in its entirety here), we made sure we trailed and trailed and trailed again (you know, just to make sure) so that we got our fix of the food everyone was talking about that week.


And the winner? Michael Cainero and his fabulous snags, the Chunky Pork & Apple Sausages. He was dubbed the King Of Sausages, and these babies were rather regal, yes. Now, as the winner, he bagged $100,000 and his product will be on all Australian Woolworths supermarket shelves from early next year.

Here is Michael, and below is his Q & A, just for Josie's Juice. Look out for the product on shelves at Woolworths stores Australia-wide soon (how fascinating was the whole explanation of how the products were made and the mammoth task in distributing them each week. Watch the whole process in the link above). 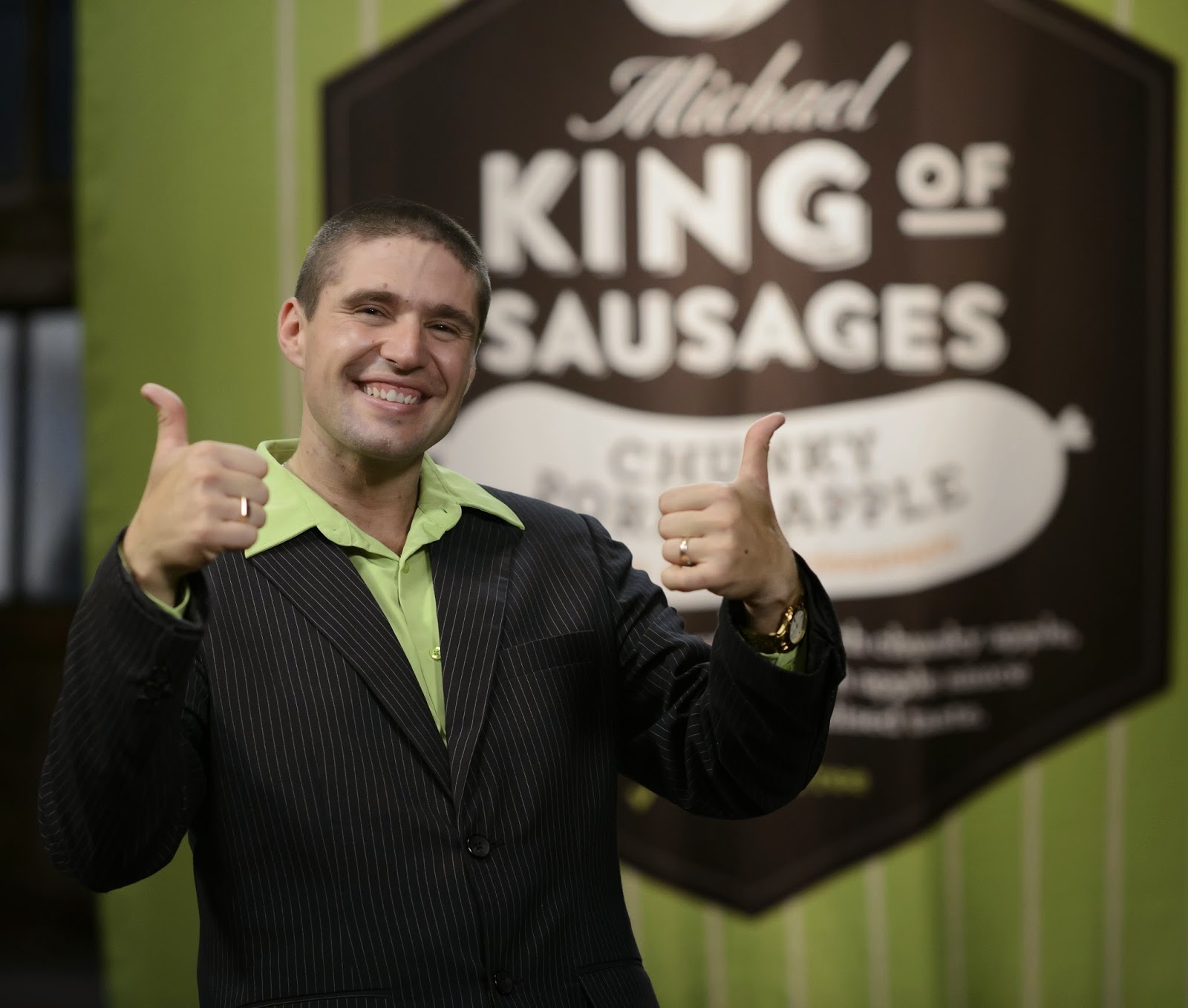 Josie's Juice: What does this win mean to you, mentally, financially, emotionally?

Michael Cainero: This means a lot financially, we now do not have to worry so much about our finances and we can spend more time enjoying life. It particularly takes the pressure off with a new bub on the way next year and with our daughter about to enter the school system.
Mentally, the win removes so much stress. Obviously the financial aspect alleiviates a lot of worries about paying the bills etc, but I have been so desperate for a career change and to get into the food production industry – it feels fantastic to know that one of my products is making its way to Woolworths shelves in a matter of weeks and that I now have the support to really get into that area. I am thrilled that I will be able to provide for my family through doing something that I love and can be proud of.
Emotionally, its so great. We had such a bad start to our little family with Izzie getting sick as a baby and now just a big high and we look forward to the many many years to come. We have been through such a dark period in our lives and with the blessings of our princess being healthy, our little boy on the way, and now this... it’s just an overwhelming feeling of joy. Finally I can say – life is good!
Tell me how you originally came up with this concept.

Michael: We came up with the idea over dinner, we had a roast pork with apple sauce and we thought lets throw that into a sausage and then we thought apple and cinnamon go together so lets add some of that to and the sausage was born.
What was the catalyst that made you apply for the series?

Michael: All my friends and family loved them and said I have to do something with the sausages, so when the second season came up I thought I would give it a go and see what happens.
What do you hope to achieve now with this win?

Michael: I would love to get a lot more healthy sausages out there for people to eat. I also have some other healthy food ideas too. I don’t want this to stop with just the one recipe, I am hoping to be able to develop a range of sausages/products and really make a career out of this alongside Woolworths. 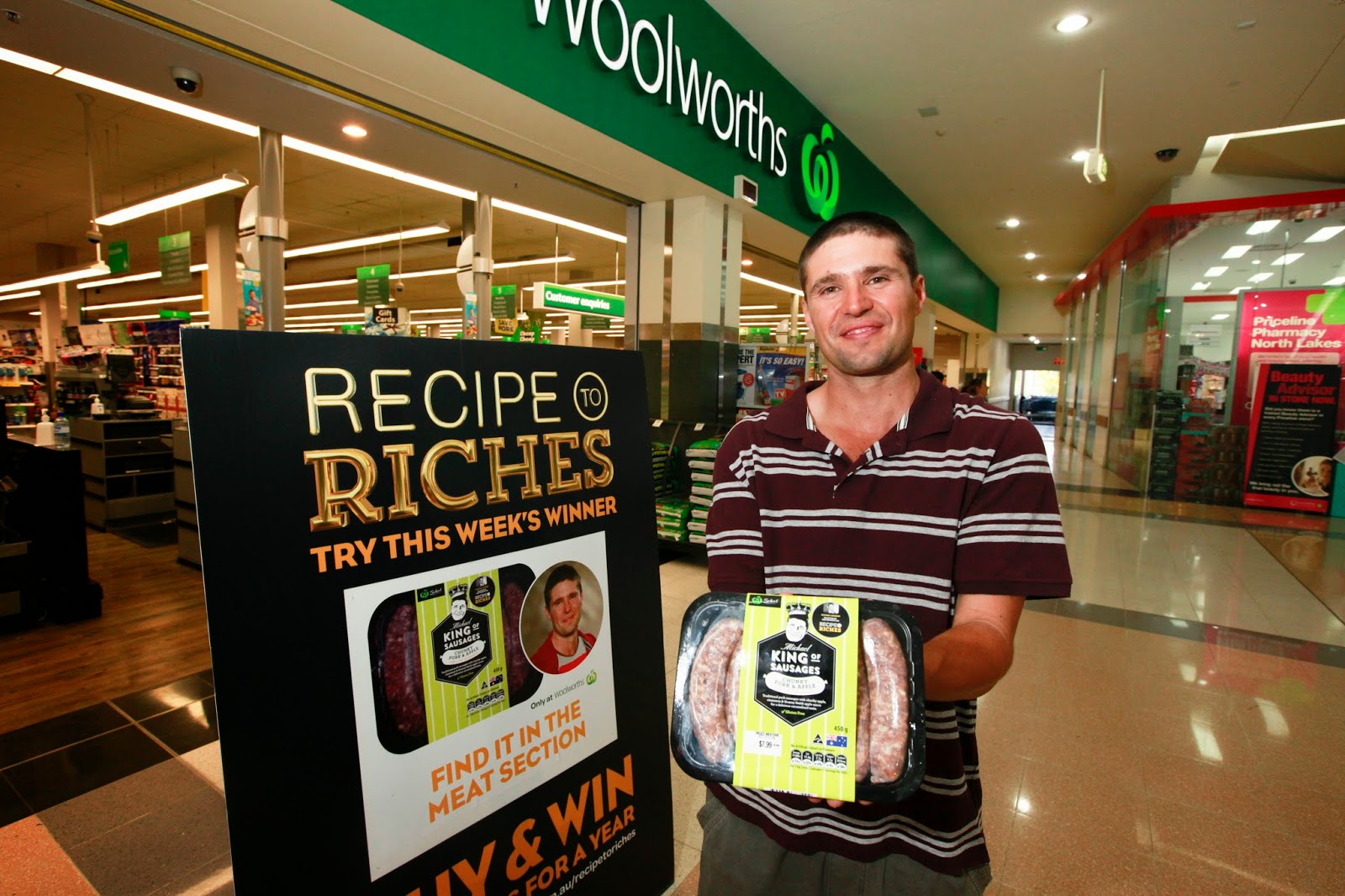 Email ThisBlogThis!Share to TwitterShare to FacebookShare to Pinterest
Labels: Australiana, Everyone is talking about, Family, Food, Insight, Inspiration, Online, Shopping, This Just In