The person behind #illridewithyou: @sirtessa

She writes a blog page called Silence Without, and you can see her writing here.

And here she is, the ledge: 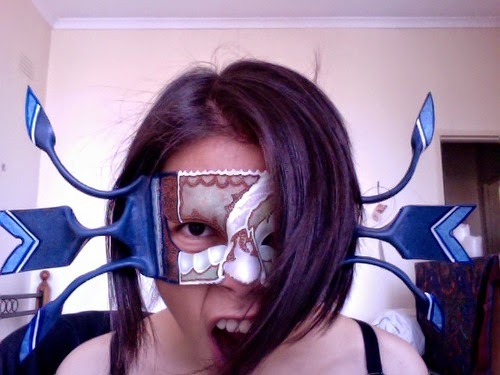 Here are her 'stats', taken from her site:

And in light of the still ongoing Sydney siege unfolding right now, she decided that all Muslim Australians should feel safe when they are travelling on public transport. And so, a few hours ago she created that hashtag:

After she saw this, posted a few hours before:

She then followed it up with this:

If you reg take the #373 bus b/w Coogee/MartinPl, wear religious attire, & don’t feel safe alone: I’ll ride with you. @ me for schedule.

I don’t think that offer is specific to Sydney, or even Australia. It would do well in many spaces.
— Sir Tessa (@sirtessa) December 15, 2014

I'm not in a position to coordinate any organisation. If anyone would like to take the idea and run with it: do. I don't own this.
— Sir Tessa (@sirtessa) December 15, 2014

So, so, relieved that this has taken off. Hashtag currently moving faster that GG. Can't really engage because mentions are thick 'n fast.
— Sir Tessa (@sirtessa) December 15, 2014

Hi media outlets; I managed to catch the first few of you, now my mentions are launching into space. Apologies.
— Sir Tessa (@sirtessa) December 15, 2014

I'll be speaking to @BBCWorld in around an hour about #illridewithyou. In which I will stammer, spoonerism, and say it all again.
— Sir Tessa (@sirtessa) December 15, 2014

Those of you taking heart from #illridewithyou; I feel you. Needed to see this myself.
— Sir Tessa (@sirtessa) December 15, 2014

Email ThisBlogThis!Share to TwitterShare to FacebookShare to Pinterest
Labels: Australiana, Everyone is talking about, Hope, Insight, Inspiration, News, Social Media, This Just In, Twitter